In 2016, Slovakia registered 25 foals.  There were 17 horses exported to Czech Republic, Poland and Austria. 53 horses were imported from the Czech Republic, Russia, Sweden and France. There were 2 Arabian shows and 6 endurance competitions held in 2016.

Slovakia reports that 21 foals were registered in the year 2008, with 52 broodmares and 15 stallions active in the breeding programme. 2 horses were imported in the same year. Artificial Insemination is only permitted within the country, the import or export of semen is not permitted, and neither is Embryo Transfer. There is one main Endurance ride held each year, and horses from Slovakia are also competing successfully at International Endurance events.

Narodny Zrebcin Topolcianky is the WAHO Registering Authority Member for Slovakia. The estimated number of living Arabian horses is 200. The main breeding activity takes place at the historic State Stud of Topolcianky but there are an increasing number of private owners.

In 2008, Slovakia printed and distributed their latest Stud Book Volume IV, containing their records from 1995-2007. 6 horses were exported in the year 2007. In 2005, 3 horses were imported from Hungary, in 2006 one horse was imported from Hungary and two from Poland, and in 2007, 1 horse was imported from Hungary and 1 from Russia. All horses are DNA typed and foals are parent verified prior to registration. Micro-chipping is not used. Artificial Insemination within the country and Embryo Transfer are permitted, both registration certificates and passports are issued. Each year 3 Arabian shows are held, 1 race meeting, and 2 endurance rides. 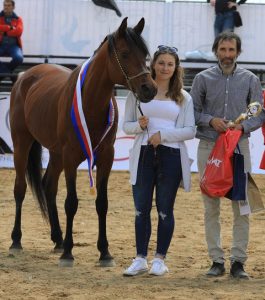 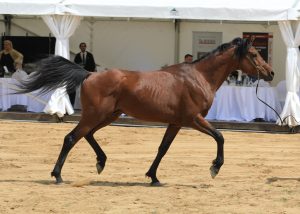 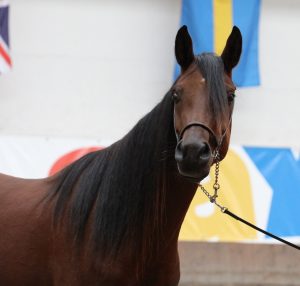 Slovakia is very pleased to announce that the 2008 WAHO Trophy has been awarded to a privately owned stallion this year. The bay stallion of Polish and Hungarian pedigree, Makram B, has proved to be an excellent sire and his progeny have done extremely well at shows in Slovakia, including his sons Hasanabad, Jupik, Cezar, Umak; and his daughters Sahara, Hadiba, Nadherna, Umka, Cezira, Ulajka, Saman and Sima, several of which are now broodmares themselves. Umza and Cezira have garnered several championships, as have Umak, Cezar and Hasanabad. Jupik, now a breeding stallion in his own right, is also competing successfully in eventing. Makram B is proving to be a very important sire in Slovakia and is a worthy winner of the 2008 WAHO Trophy for the country.

The Slovak Republic has announced their winning horse for their 2006 WAHO Trophy Award. A special commission organized by the Ministry of Agriculture of the Slovak Republic selected the veteran stallion Samir as the recipient. He was chosen on the basis of his excellent pedigree, outstanding conformation, superb movement and performance both in hand and under saddle, and for his success as a breeding stallion.

The population of purebred Arabian horses in Slovakia is quite small and this is the only reason why Samir was not also tested on the race-track. All his connections at Topolcianky are very proud of their home-bred stallion Samir, the worthy recipient of the 2006 WAHO Trophy in their country. 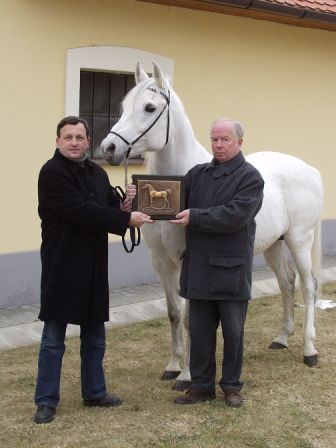 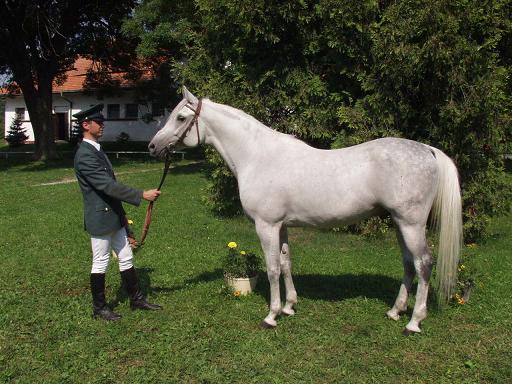