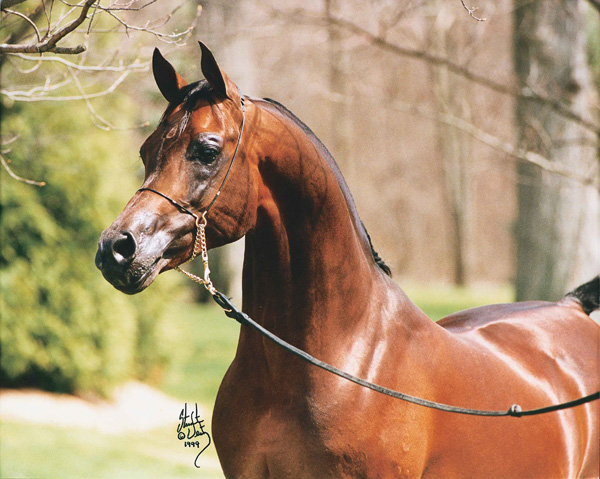 The AHSA has announced that the winner of their 2016 WAHO Trophy is the veteran stallion, Desperado. The following citation is from Warwick Toft:

“From the day he was born, we knew that Desperado was special. So much so that he didn’t need a prefix to identify him. He was simply, Desperado, sired by WN Dasjmir (imported from USA) out of one of Bremervale’s special mares, Bremervale Aquarius. It is unquestionable that Desperado has been one of the most influential Arabian Stallions in Australian Arabian Horse history. Not only has he himself been a Queensland State Champion, Australian National Champion 2&3 year old colt as well as Reserve Australian National Champion Stallion, his progeny have proven to be just as successful across a wide range of disciplines, including halter, performance and endurance.

Desperado has also proved himself as a leading endurance sire with his progeny winning numerous FEI Championships around the world, including Asia, the Middle East and Australia. Bremervale Lucille (exported to Malaysia won gold at the Sukma 80km FEI 1 star event. Further to this, Bremervale Arrogance was a Bronze Medal winner as a part of the Australian Youth Endurance Team at the 2011 World Youth Endurance Championships in Abu Dhabi. Bremervale Arrogance also won a team silver medal in the 2011 Trans-Tasman event held in South Australia, where he also won Best Conditioned and second place over the line. Furthermore Bremervale Arrogance held the Australian Record for the fastest qualifying ride for 120km FEI by an Australian Youth. Bremervale Savannah has now successfully made the transition from FEI 2 star endurance mare, to be an A-Class Champion under saddle. Her full brother Bremervale Bey Rafael is also an A-Class Champion Stallion under saddle. Desperado also has three progeny who completed the Tom Quilty Gold Cup before being exported to the UAE. 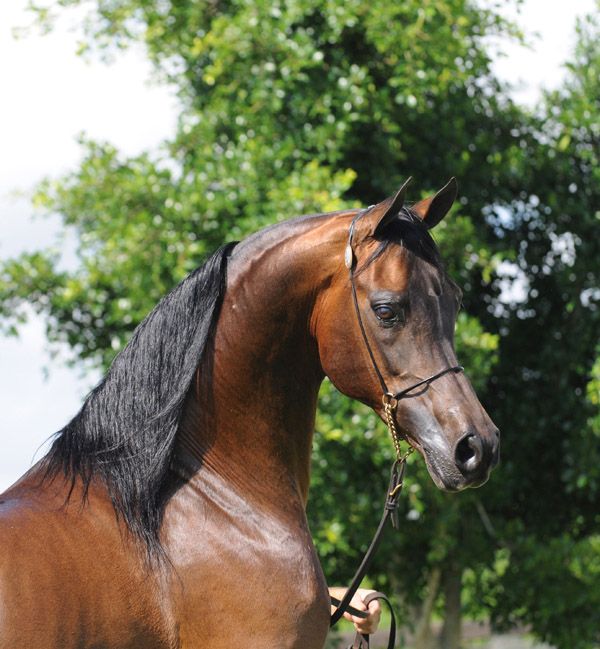 Other Desperado progeny who have excelled in their chosen field include Bremervale Reflection (exported to UAE) who won the Dubai International Arabian Horse Championship for Ridden Mares & Geldings and Bremervale Pocahontas who was New Zealand National Champion Stallion.

To date, Desperado has progeny in over 20 countries worldwide, and is the sire of National Champions in 6 of these countries. To mention all of the achievements of his progeny would take pages and pages, but we would like to pay tribute to them all.

There is no doubt that Desperado produces offspring of outstanding athleticism and beauty, but it is the temperament and intelligence of his children and grandchildren that truly sets him apart from other stallions. It is an honour to break-in and train these horses and the pleasure that Desperado offspring have brought families and Arabian enthusiasts over the years cannot and will not ever be able to be quantified. Bremervale is very lucky to have bred such an outstanding individual, but even more lucky to call him our friend.”