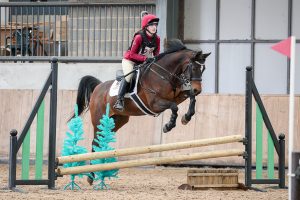 The Arab Horse Society is pleased to announce that they have awarded their 2021 WAHO Trophy to the 15-year old mare Zyta, in recognition of her achievements and versatility making her an exceptional ambassador for the breed.

Bred by Maureen Bint and acquired by her owner Gaynor Rose as a two year old, Zyta has been a faithful companion to Gaynor for the past thirteen years.  Her pedigree combines some of the best of Russian, Polish and British bloodlines, tracing to the well known and influential foundation mare from Bahrain, Nuhra.

Over the years Zyta has proven to be a versatile ridden horses.  She has completed fun rides, amassed over 1000km in open endurance competitions, and been a successful show horse including becoming Ridden Arabian Star Series Champion.  She has recently taken up jumping, competing in arena eventing and Riding Club area qualifiers.  Displaying her impeccable nature, Zyta also competes with Gaynor’s fourteen year old daughter (Lilly Rose) in dressage and jumping for the school teams and they are proving to be a formidable partnership.  Zyta is also recognized as a qualified Premium mare by the Arab Horse Society Premium Performance Scheme. 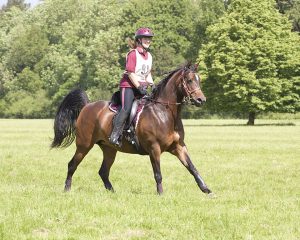 Zyta competing in endurance with Gaynor

During breaks in her ridden career, Zyta has also produced two foals for the family including Zaafir Ibn Mukhtar who was British National Foal Champion in 2019 and is by the UK’s 2018 WAHO Trophy Winner, Mukhtar Ibn Eternity.

Zyta has always been a cherished member of the Rose family and provided emotional support when her owner became ill.  As Gaynor writes “Zyta is my heart horse and for the last four years been my rock and chief listener.”   With her all round athletic abilities and marvellous temperament, along with her contributions as a broodmare, Zyta has certainly proved herself as a worthy winner of the UK’s 2021 WAHO Trophy. 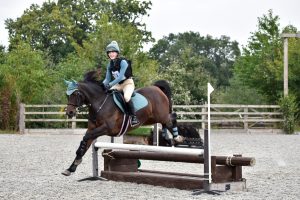 Gaynor and Zyta were presented with their award at the 2021 British National Championships Show.