ANICA is pleased to announce that Italy’s top endurance mare, Z’Tadore Al Maury has been selected as Italy’s 2007 WAHO Trophy winner. The award was made at a special ceremony in front of a large and enthusiastic audience at the 2007 European Championships in Verona.

This mare has not only been very successful in advanced three-star FEI endurance competitions, including distances of 160 kilometres, she has also won coveted Best Condition awards which is a tribute to her rider.

(Note – although this mare was born in France, and the WAHO Trophy should normally only be awarded to a horse bred and still domiciled in the country where the trophy is presented, an exception has been made in this case, because the award has already been made in a public ceremony.) 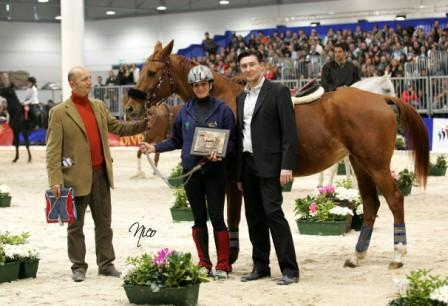