The Finnish Arabian Horse Society has awarded their 2018 WAHO Trophy to the 7-year old mare Samarah. Samarah is an excellent sport horse, she has competed mainly in dressage up to national level in young horse classes. She has also competed in dressage on lower level with a young rider. In 2017 she was third in Arabian Horse Cup Finland in dressage and she has won the Sporthorse Championship title twice, 2017 gold and 2016 silver.
Samarah is very versatile. She is well mannered in harness, safe to hack, loves jumping and has competed in Working Equitation. She has been a demo horse in Centred Riding clinics and works beautifully, even with the smallest children who have just learned how to sit in the saddle.
Samarah also has a good show record, which includes:

Her sire Pelennor (Monograf/Penelope) is the winner of Finland’s 2016 WAHO Trophy.
Samarah is currently in training, aiming to compete in the Nordic Arabian Sporthorse Championship in dressage. We also have plans to compete in Open and Junior classes in dressage up to national level. 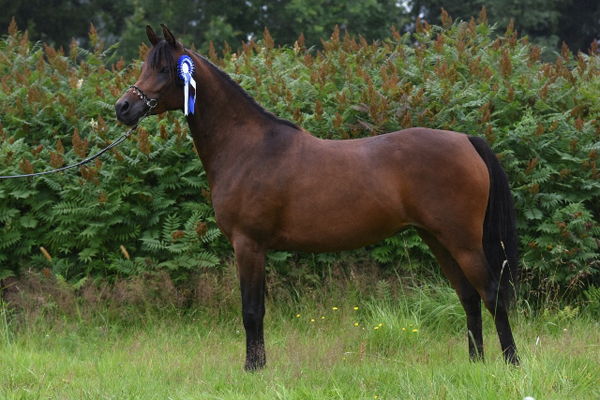 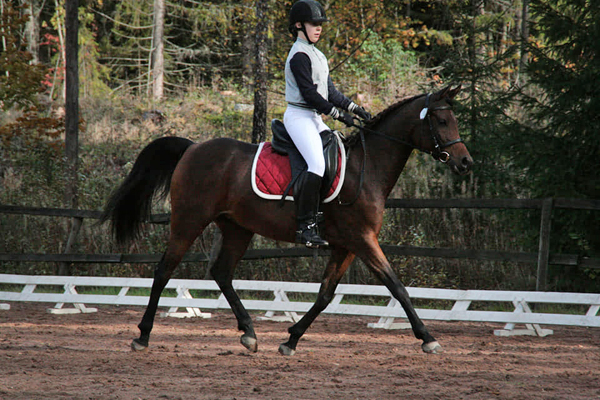 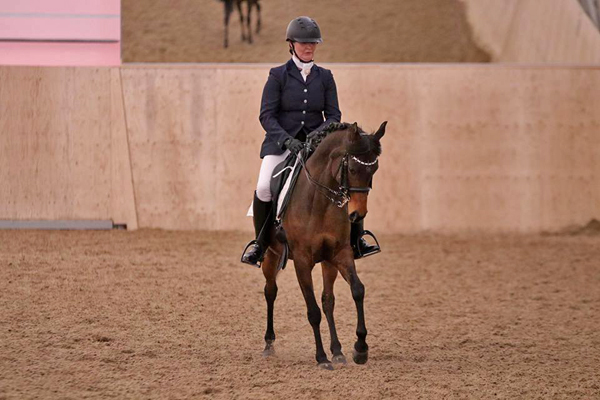