The New Zealand Arab Horse Breeders Society has named the exceptional 21-year old broodmare Rula as the recipient of their WAHO Trophy for 2014. This citation is from her proud owners.

Gerzanne Stud is honoured to accept the prestigious 2014 WAHO Trophy, presented to our beautiful old mare Rula. Rula is a fourth generation mare at Gerzanne and the last daughter at the stud of Simeon Shomer, a grandson of the immortal El Shaklan. Rula has an impeccable pedigree with names like Tuhotmos, Bint Jehan, Gai Parada and Dresden featuring in her lineage. 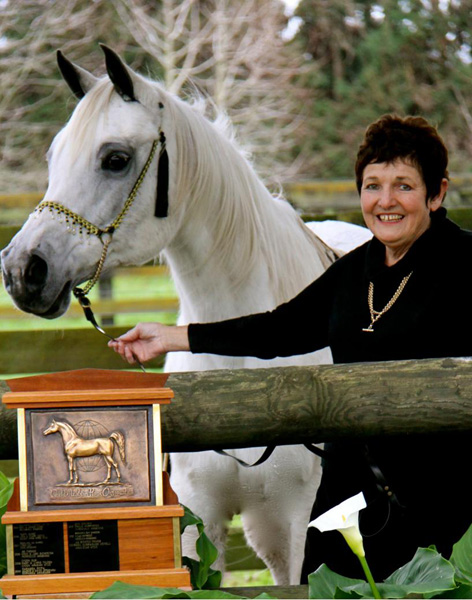 Rula incorporates the bloodlines of three stallions imported into New Zealand by Gerzanne Stud – Fakhr El Nil from the United Kingdom and Santarabia Shammar and Simeon Shomer both from Australia. On her dam line is the Crabbet broodmare Robinia by Shafreyn out of Ruheym, imported from Australia as a foundation mare at the Stud. She is certainly a wonderful blend of beautiful horses.

Having won many A Class Championships, Rula is an Elite Roll of Merit recipient at Halter and Progeny. She has had 9 filly foals in a row – all full sisters – no colts – all by Simeon Shemini (AU) (Asfour x Simeon Shuala). They are listed below with their achievements: –

Rula was always rather “stand offish” until she fell in love – not with Simeon Shemini, but Dorsey our pet lamb – they were inseparable and Rula became very loving. During halter training for her first show with David Marshall – Dorsey did the “standup” and trotted out perfectly side by side with Rula. Show day arrived – who came too? – Dorsey. However on our return home the love affair ended the moment she stepped off the float. To this day we are not sure why, but perhaps it was Dorsey who turned Rula into the beautiful mother she became to her family of girls. 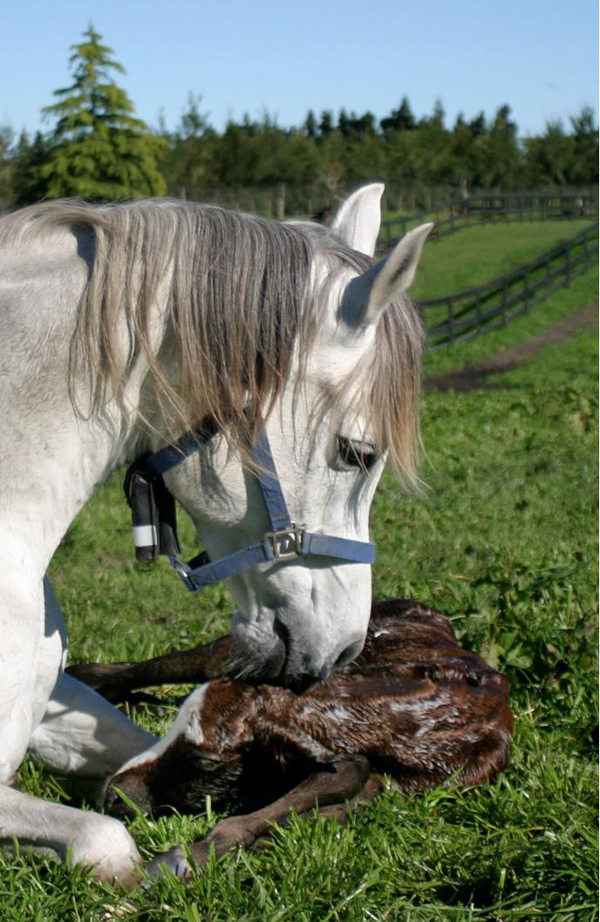 Rula with her newborn foal.