“A modern Show Arabian who also proves to be able to perform great under saddle !”

The Dutch Arab Horse Society (AVS) is pleased to announce that their WAHO Trophy for 2020 has been awarded to the outstanding stallion, PrimeVal Kossack. Born in 2012, he is by the well-known Stival (by Gazal al Shaqab) out of the Russian *Elite mare Pribaltika, a daughter of the legendary Balaton, “Horse of the Century” in Russia, out of Pantomima by Naftalin. Pribaltika is the full sister to the top Russian sire Pobeditel. Further, she is tracing back to Palomna (by Aswan), the three times US Top Ten mare and Canadian Top Ten mare Poznan (by Nabeg), and Palmira (by Salon). 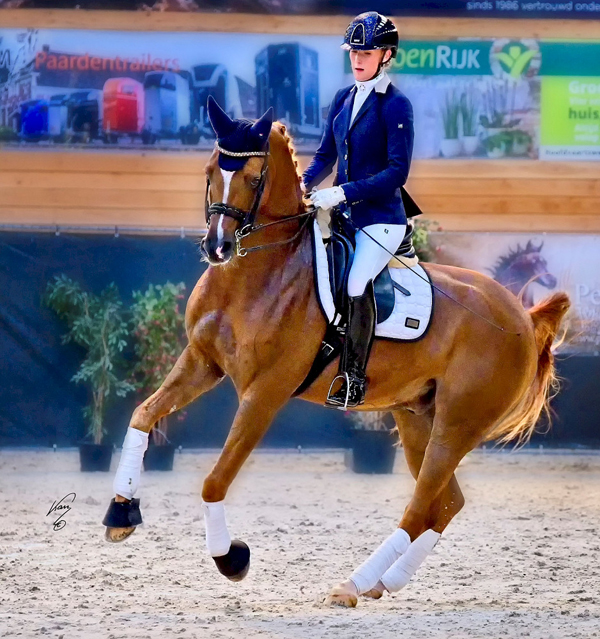 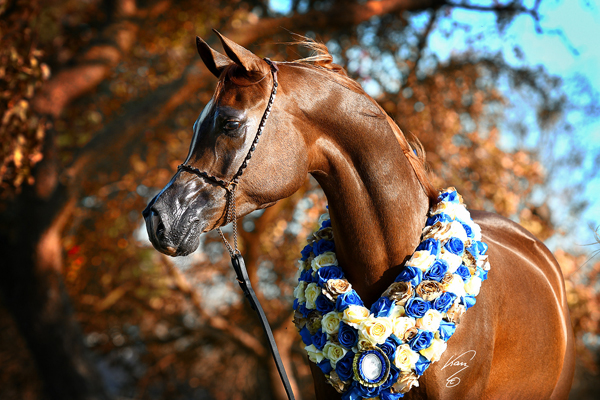 After these show successes his sport-career started and within less than three years, PrimeVal and his rider Tara den Hartog have been promoted to the advanced 4th level dressage (ZZ Zwaar in the Netherlands) through many victories.

In addition to winning the 2019 Dutch National Championship Dressage and the Freestyle to Music with an impressive percentage of 73.215% at the National Championships in Ermelo, this year he won again the Freestyle to Music with 73.500% and the prize for the best combination at the Allround Arabian Festival. However, he mainly achieved the promotion points and victories in competitions between Warmblood horses!

The fact that PrimeVal Kossack can compete with Warmblood horses, in combination with his size, impressive gaits and stunning appearance, makes him a true ambassador for the Arabian horse. 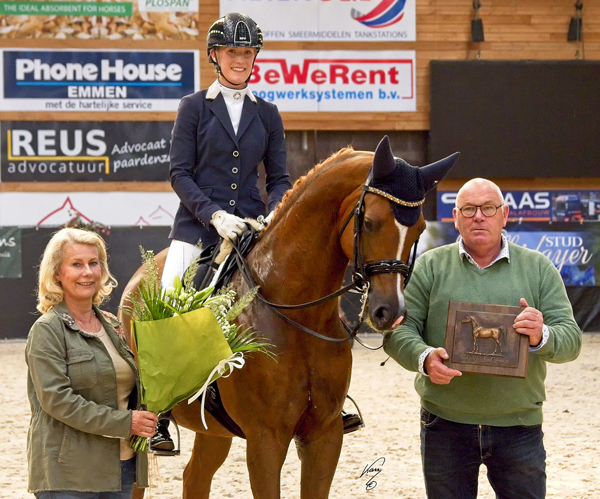 The WAHO Trophy was presented at the Dutch National Championship show in Exloo on 13 September 2020, to breeders and owners Mr. Robbie den Hartog and his wife Mrs Erny den Hartog representing the Kossack Stud, and to their talented daughter Tara den Hartog who, in the footsteps of her mother, achieved this exceptional level of dressage with PrimeVal Kossack.