The Polish Arabian Horse Breeders Society (PZHKA) is happy to announce that the exceptional mare Palmeta has been awarded their 2015 WAHO Trophy. 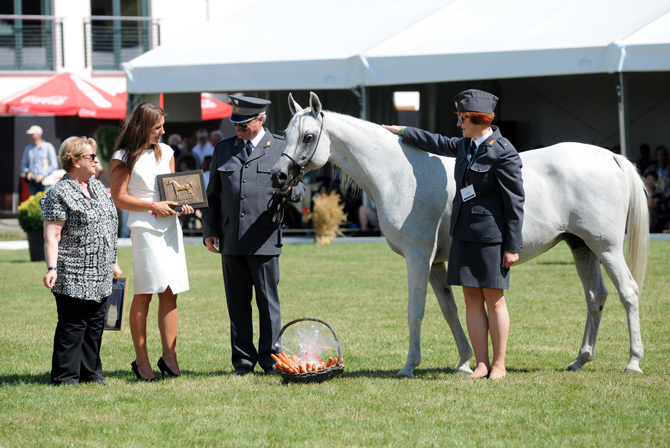 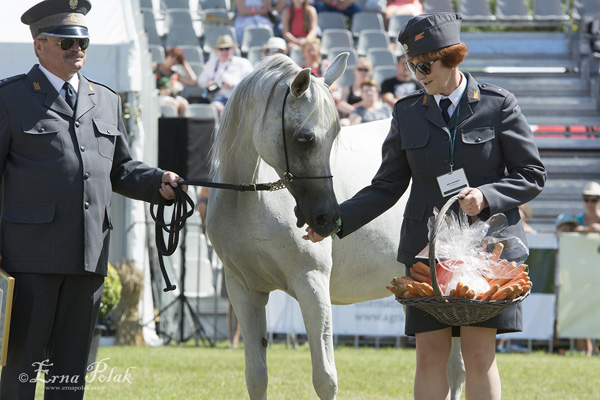 Palmeta, led by Dr. Marek Trela, receiving some carrots from the hands of Anna Stefaniuk.

Palmeta has been active in breeding since 2005 and is now the dam of 9 foals, the most recent is the grey filly Panacea by Pogrom, born in 2015. Among them are the following superb international show winners and champions: