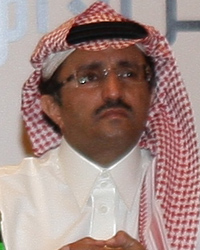 (Not present at the 2017 WAHO Bahrain Conference).

Mr. Sami Suleiman Al Nohait has been the main delegate to WAHO for the Kingdom of Saudi Arabia since 1992 and was part of the team responsible for the production of the first volume of their Stud Book at the time Saudi Arabia was approved by WAHO.

Apart from many other senior official positions, Sami was for many years the Director General of the King Abdul Aziz Arabian Horses Centre at Dirab, where he was responsible for overseeing the Registry and Stud Book office, and equally importantly also for ensuring that the original desert-bred broodmare and sire lines at Dirab were not only preserved, but that the numbers of these important foundation horses were increased and the quality maintained. At the time of his illness, he had been appointed as the Assistant Deputy Minister for Animal Resources Affairs and General Supervisor of the King Abdul Aziz Arabian Horses Centre in the Ministry of Agriculture.