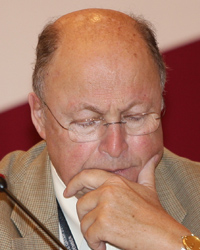 My love and appreciation for the Arabian Horse began in the early 1970’s, and led to a number of significant life changes, including acquiring land and building a barn with related facilities to allow the family to enjoy our Arabian horses. My family became active in the Virginia Arabian Horse Association and subsequently served as the Region 15 Director for IAHA/AHA. Beginning in the mid 80”s as a member of the USA Arabian Horse Board of Directors and in the late 80’s, I was elected by the convention to serve as an IAHA Officer and member of the Executive Committee.

Over a number of years, my involvement with Arabian Horses led to wide ranging involvement in racing as both an Arabian Race Horse Owner, and as an officer and Director of the USA Arabian Jockey Club. Appointed as the Chairman of the USA committee that created of the Office of Judges & Stewards Commissioner to provide oversight and due process for oversight and training of Judges and Stewards.

Today I am working with others and continuing efforts to develop a strong footing for the Arabian Breed within the Arabian Horse Association (AHA). I currently serve as a member of the AHA Executive Committee, Trustee of the Purebred Arabian Trust. I joined WAHO as an IAM in 2008, and have been a full member of the WAHO Executive Committee since 2010.