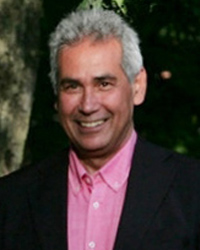 I discovered horses and riding as a young boy in 1971 and since then horses, and of course Arabians in particular, have always been my passion. After I graduated in 1980 from the faculty of Commerce in Cairo University, I started my career working for the Suez Oil Company. In 1985, because of my passion for nature and animals, I decided to change my career to something that would match my interests more. I therefore started my own private business by growing fruits and palms on the family land and later acquired another piece of land in the desert to expand my company.

In 1987 I established the Shaarawi Arabian Stud with one mare bought from El Zahraa farm, with the concept of preserving the families and lines of Straight Egyptian Horses to keep the characteristics of their ancestors. I am also very careful in selecting correct horses with strong functional bodies and good legs that are also well balanced and true to type. Today, the Shaarawi Arabian Stud is situated on a 38 acre farm in Abu Ghaleb, on the Desert Road from Cairo to Alexandria (Egypt) with 40 horses living peacefully and happily among date palms and ornamental palms in a beautiful setting, which I run with my wife.

I have been a member of the Egyptian Breeders Society since its foundation in the early 80’s and have been involved in many shows and activities. In 2005 I became an international ECAHO judge for halter shows and have travelled around the world (Europe, Middle East, Australia, South America) to judge many National and Championship shows, the main A shows and Title Shows including the All Nations Cup in Aachen and the World Championship in Paris.

In 2009 I volunteered to be the breeding consultant for the National Stud El Zahraa, at the EAO, which lasted until 2015. I re-evaluated all the horses and built breeding records for the program with the characteristics and pictures of every horse. Young stallions and mares were selected carefully to become the base for the renewal of the herd. Through these 6 years, some families have been preserved from extinction. I was conscious of the need to teach a team of veterinarians about the art of breeding so they can carry-on on their own. During this period I also helped them to organise their yearly shows.

In 2009 I became the Managing Director for an agriculture company called “El Ahli for Agriculture and Land Reclamation” belonging to the National Bank of Egypt. This company has 5000 acres where they grow crops and fruits in Nubareya (Egypt). In 2011 I became vice chairman of “El Alhli for Agriculture” in Om Dorman in Sudan, also reclaiming 5000 acres, growing alfalfa to export to the Gulf countries as a fodder for cattle and horses.

I have been an Executive Committee member of WAHO since 2013.