ACHPAK’s winner of the WAHO Trophy Award for 2012 is the mare Haydée, in recognition of her outstanding sports success in endurance. In addition to participating in endurance, Haydée also competes in other equestrian disciplines – dressage, show jumping and working equitation. So far, she has completed 19 endurance competitions, all of which she has finished in good health.
Her sporting career began in 2008, ridden at all times by her owner, Tereza Kucharská, and she has an excellent record in FEI rides. In 2010 she took 2nd place in both her competitions, a CEIYJ* over 80 km and a CEIYJ** over 120 km. In the same year she took first place in a German national ride over 107 km. In the 2012 season in the CEIJY** 120km ride in Paaren im Glien, Germany, besides taking 4th place, she also took the Best Condition award. Less than two months later, she confirmed the form on the faster track in Bábolna, where she took 3rd place in the CEIJY* 80 km ride and again took the Best Condition award.
The highlight of her career and the fulfillment of her owner’s dream was her participation in the longest competitive endurance ride, 160 km. In June 2012 they started the CEI*** ride at Norten-Hardenberg, in Germany. However, the course proved to be very hard for the horses, with a difficult track, steep hills, high temperatures and even storms. These conditions led to the elimination or voluntary retirement of the other competitors. Haydée, as always with her owner in the saddle, was the only horse to finish the race successfully, and the next day she was proudly decorated with a gold ribbon in her mane. 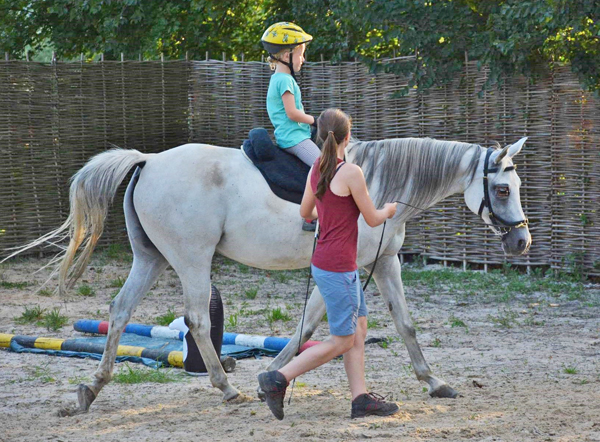 Update after the WAHO Trophy award was made: In 2014, Haydée became a proud mother. Returning from broodmare duties to ridden work in 2016, she has participated in several endurance rides at 40 km, but only for the enjoyment that both she and her owner gain from taking part together. She also enjoys being used as a gentle lesson horse for young children.
The whole of this great mare’s career is covered in the book “160” written by her owner.