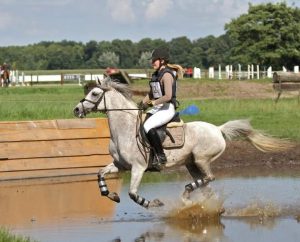 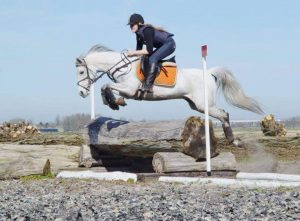 Gipsy H has been owned since May 12th, 2005 by the van den Hoogenband family. Being bought as a undocumented horse but with known parents, the family were informed by the Dutch Arabian Studbook AVS that she was eligible to be registered through DNA parentage sampling if verification was a match and owners of sire and dam agreed with the registration. And in June 2005 she was registered under the name ‘Gipsy H’ and was given to Shannon by her parents. 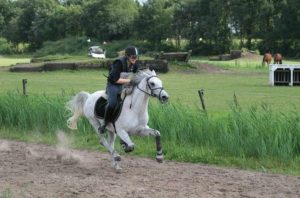 Gipsy H has proved to be a versatile Arabian mare which was most obvious in her performance on the Dutch versatility competition, the Arabissimo. This event, where Arabian horses are put to the test in Dressage, Jumping, Flat Racing, Eventing and Type/Conformation in Liberty, is a true challenge of the all round qualities of the Arabian Horse. Having participated for 6 consecutive years in this event, Gipsy won the following prizes for the individual categories:

This gave Gipsy H and Shannon five 1st places and one 2nd place in the 6 times that they participated in this event.

A highlight of the many other results that Gipsy H has achieved in addition are:

…and many more federation related prizes

Due to her honest character, Gipsy H can completely be trusted with children. She has also promoted the breed on behalf of the Studbook at various event on more than one occasion.

Since 2021 Gipsy H is enjoying her retirement, mainly hacking on the beach- and forest rides  and sometimes acting as a learning horse for the younger or inexperienced riders.

Shannon is grateful to her parents for purchasing Gipsy H and all the support, time, lessons and sponsorship, without them Gipsy H and Shannon would not have achieve their goals.

The WAHO Trophy was given to Gipsy H at the AVS National Championship Show at Deurne the Netherlands by the president of the Studbook, Mr. Gideon Reisel. 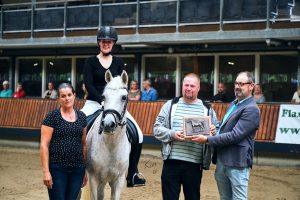