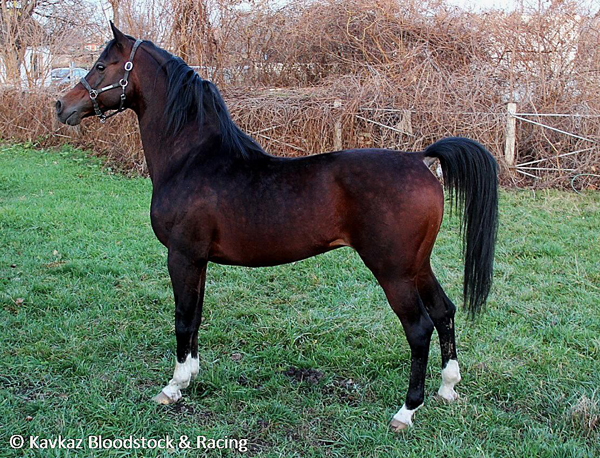 Gangut has been awarded Russia’s 2010 WAHO Trophy. He is one of the few direct grandsons of Mukomol still at stud and used by Russian breeders of Arabian horses. His sire Narmat (1987, by Mukomol out of Nevesta) is full brother to the Russian Derby winner Naum.

Gangut himself had an excellent racing record, winning three races including the Group II Summer Cup and placing 3rd in three Group I races, the Budyonny Stakes, St. Leger and Great Cup. His descendants show great speed potential on racetrack and success in endurance. To date, Gangut has sired 12 broodmares and 3 breeding stallions including several Group winners, an Oaks winner, and now some of his offspring are also taking part with good success in the increasingly popular sport of endurance. His best offspring are the following: 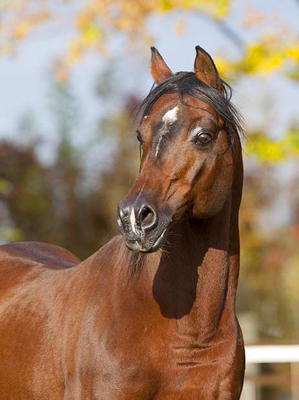