The King Abdul Aziz Arabian Horses Centre is pleased to announce that the winner of their 2015 WAHO Trophy is the successful show colt Fahd Al Tinhat. As a yearling he was named Silver Champion colt at both the KAAHC Championship A Show, and at the Arabian Horse Show for Local Breeders (National C Show). The WAHO Trophy was presented to his proud breeder and owner in a public ceremony on the occasion of the 2016 Prince Sultan Bin Abdulaziz Arabian Horse Festival. 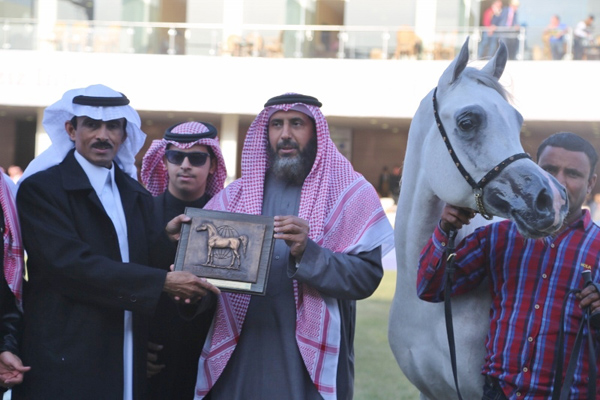