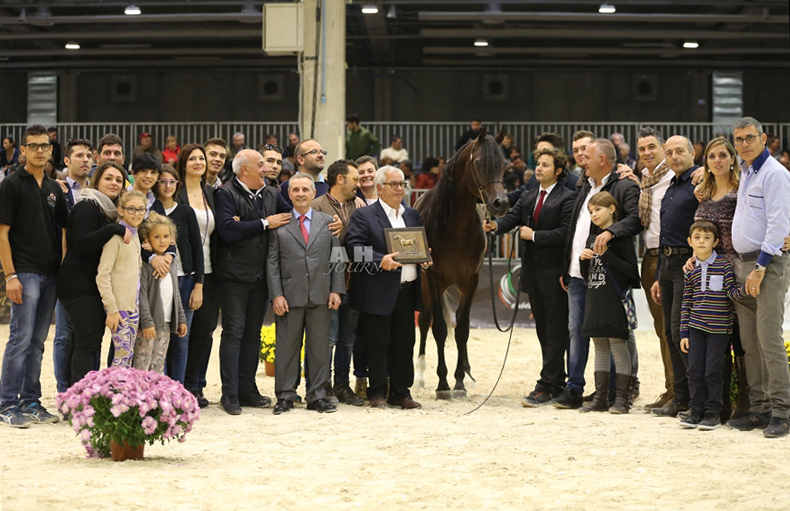 The exceptional show colt Dali, bred in Sicily by Mr.Virga Georgio, has been chosen by ANICA as their 2013 WAHO Trophy winner. His many wins include such prestigious show titles as Bronze Junior Male Champion at the Verona Internation B Show in 2012, the Italian Gold Junior Male National Champion title in 2013 and the European Junior Male Gold Champion in 2013.