The Arab Horse Breeders Society of Namibia are delighted to announce that the winner of the 2022 WAHO Trophy is Charlottenberg Chishtaban for his achievements in endurance. 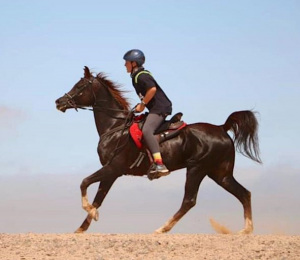 Chishtaban was from the beginning the delight of everyone in terms of his stunning looks and disposition. At the age of 4 and 5 he crossed the Namib desert twice( 400 km each time) once under the Olympian Ingrid Klimke and next with our son Hadrian who was just 11. He started his endurance career and won the 40 km category twice. This year he did his first 80 km ride with Hadrian with ease and super recovery times.

At the national show this year he became the Namibian Child rider Champion with Hadrian and  won the reserve gelding class in the halter. 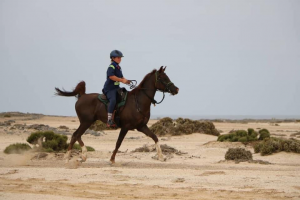 In 2022 he crossed the desert in April with a tourist rider once again showing exceptional bravery going through quick sand . Shortly afterwards Hadrian, now 13, rode a 100 km endurance club ride with him, which he won with ease and excellent pulses. In August this year, he repeated that win on another  100 km race with an amazing time. 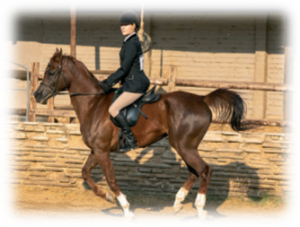 In September he was ridden by a guest rider at the show in the Novice class and his groom in the groom class. Hadrian also came 4th with him in the all breed three gaited horse class.

Additionally Chishi, as we fondly call him, has a beautiful disposition and is the friendliest  horse imaginable always coming up for a scratch.