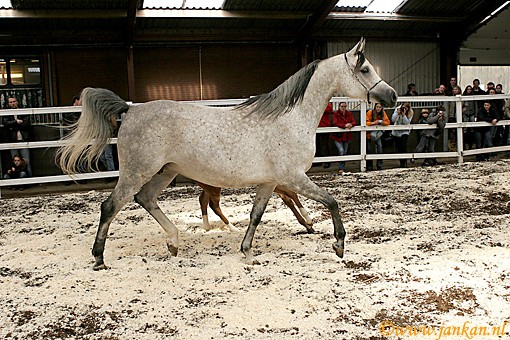 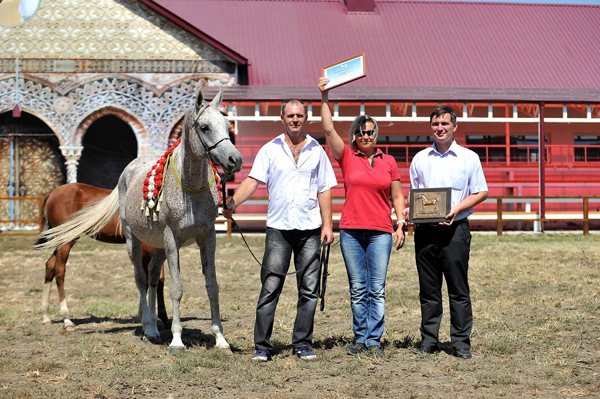 Borodina with Olga Birukuowa (in red) and Alexander Shemarykin (right)

Russia has awarded their 2016 WAHO Trophy to the twice Russian National Champion Mare and outstanding broodmare, the beautiful flea-bitten grey Borodina, a daughter of Molvina by Balaton, thus tracing to the very influential mare Mammona on her female line. She is the dam of many top quality foals, several of which are now old enough to be excellent producers in their own right, such as Beatrix and Banderos, and the very promising filly Belosnejka Tersk, a result of using stored frozen semen from the famous Tersk-bred stallion, Muscat. She is a very deserving winner of Russia’s WAHO Trophy, as they celebrate her as one of their best broodmares at Tersk Stud.