Citation from his owners: It is an honour and pleasure to accept the WAHO Trophy 2016 for our stallion Bajkal and we thank the Board of Directors of the Swiss Arabian Horse Society for awarding him this prestigious Trophy.

Bajkal is one of the last few splendid sons by the “horse of the century” Balaton, out of the top Swiss Elite mare Rishah (Rihan/Jezabel), foundation mare of our small stud and full sister to WAHO Trophy winner 2006, Jeridan. Rishah has become especially known through her several successful progeny in endurance, western competitions and dressage as well as at shows. 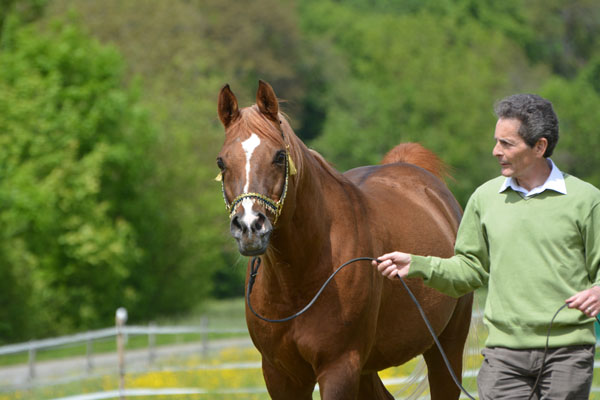 Bajkal is performance tested, multiple gold premium stallion, and stallion licensed with the highest marks. He competed successfully in endurance and in western events up to level LK1 and his offspring achieved several gold premium awards and champion titles and are also doing very well under saddle. In 2016 he reached, as the first and so far only stallion in Switzerland, all requirements for the breeding stallion categorization in all 4 assessment criteria with the excellent scores: B/A/B/B for exterior, health, sport performance and progeny. 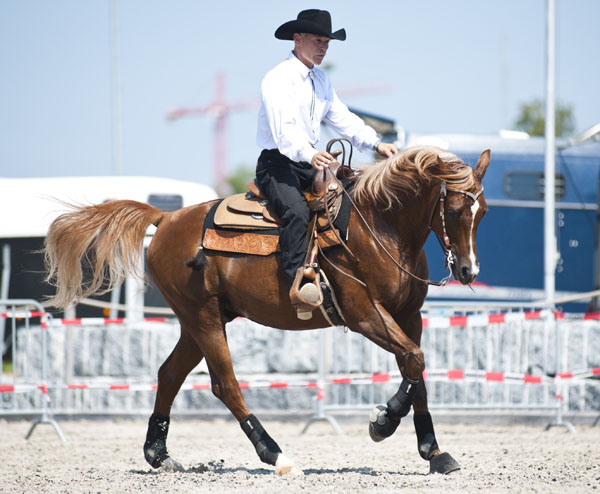 At the age of 21 years and despite his sports performance over many years up to the age of 18, his conformation is still excellent, with perfect health and outstanding constitution. He always shows a beautiful type and captivates everybody with his charming and lovely character. As a successful athlete and breeding stallion, he can be considered as an outstanding ambassador of his breed and demonstrates in a most ideal way the famous versatility of the purebred Arabian horse.