The 2006 WAHO Trophy was awarded to the champion stallion, Ashhal Al Rayyan, for his exceptional beauty and as a successful sire of champion foals. 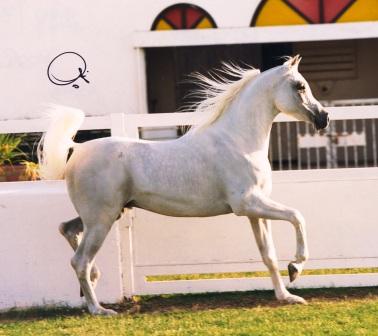