The Royal Cavalry of Oman is pleased to announce that the 2015 winner of their WAHO Trophy has been selected. The winner is the chestnut stallion Arkan. He was awarded the WAHO Trophy in recognition of his excellent racing record. He was in the winner’s circle 4 times in the 2014-2015 racing season, winning the 2015 Oman Derby and the Muhafidah Al Buraimi Finals Cup for horses bred in Oman. He was also placed 5th in the very competitive 2015 Qatar Gulf Cup, an international race for Arabians bred in the GCC countries. 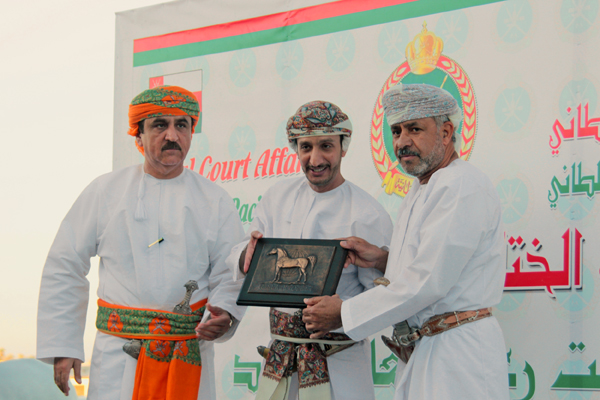 Presentation of the 2015 WAHO Trophy Winner