The Austrian Arabian Horse Breeder’s Association (VVÖ), is pleased to announce that the grey stallion Al Fakhir, owned and bred by Al Hambra Arabians, has been awarded their 2018 WAHO Trophy in recognition of his many excellent show results. Al Hambra Stud was founded by the Huber family in 1988 and is one of the biggest stud farms in Austria dedicated to the purebred Arabian. This is the second time one of their horses has been awarded the WAHO Trophy, which is a great achievement for any breeder. 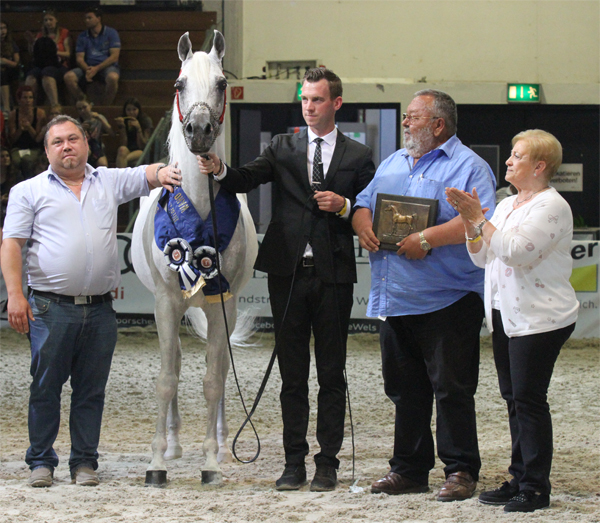