The AVS is pleased to announce that YA Karma, one of the Netherland’s top producing broodmares, was named as their WAHO Trophy winner for the year 2017. 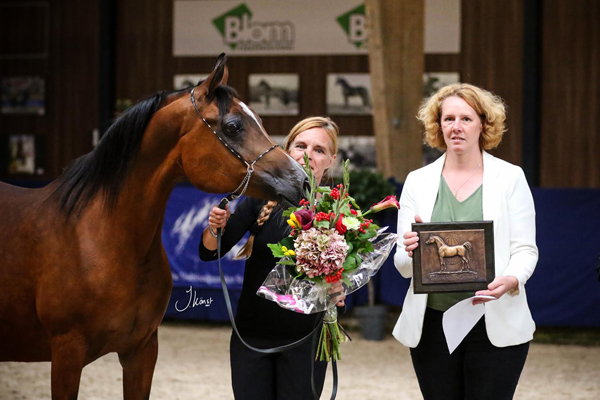 Herself a 1st Premium and therefore “Star” mare based on her conformation and exquisite type, YA Karma is also an Elite broodmare, the highest breeding predicate possible based on the performance of her offspring. Of predominantly Russian bloodlines, with some Polish and a touch of Crabbet, this lovely mare produced 16 foals between 1999 and 2017, and several of her daughters are now broodmares themselves. The following offspring contributed to her Elite mare status:

The prestigious WAHO Trophy was presented by Sandra Boogaard, AVS Treasurer, to the proud owner Femke Maat of F&M Arabians on the occasion of the Dutch National Championship Show in Ermelo, the Netherlands.