The New Zealand Arab Horse Breeders Society had awarded the 2005 WAHO Trophy to the stallion Willowvale Picasso, bred and owned by Noel and Gaynor Evans. 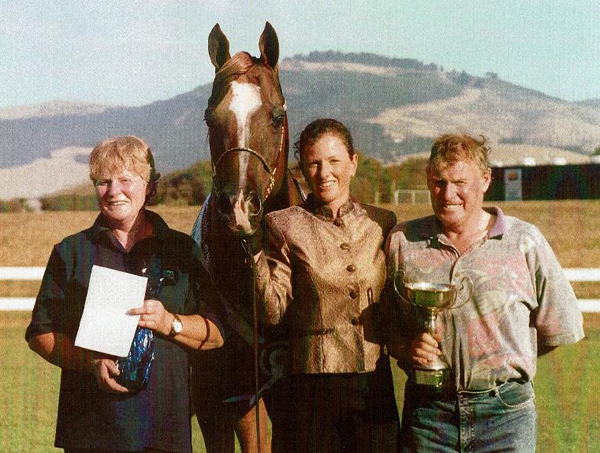 Willowvale Picasso is the only New Zealand bred horse to cross the Tasman Sea into Australia and win a National Title there, namely that of Australian National Champion Colt in 2002. He then returned to New Zealand and in 2004 won the title of New Zealand’s National Champion stallion. He left good foals sired when he was in Australia, many of which have won in the show ring at national level, and his foals in New Zealand are also of a high quality.

His pedigree is a classic mixture of ‘down under’ Colonial, Crabbet and Egyptian lines. We hope that his photo will be published on the WAHO website in due course.

WAHO was very sorry to learn that Mrs. Gaynor Evans has passed away since the award was made. We send our sincere condolences to her husband Noel, to her family and friends.