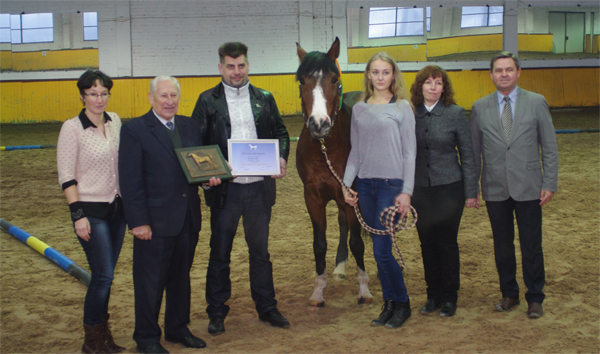 Lithuania’s 2014 WAHO Trophy was awarded to the bay stallion VIKINGAS (s. SNIEGA / d. Vika) born in 01 02 2001 and raised in Vilnius stud. The present owner of the horse is Ms. Fausta Poškutė.
This stallion, born and raised in Lithuania, has shown very high results in flat racing and also has taken part successfully in endurance competitions.
In November 2014 the WAHO Trophy was officially awarded during the Arabian Horse Show-Evaluation event, held in JSC „Lietuvos Žirgynas“ („Lithuanian Stud“) observed by many guests and participants. The Trophy was received Mr.Remigijus Poškus, the father of the owner.
Achievements of the Stallion VIKINGAS:
Flat racing 2006-2014: The stallion Vikingas participated with great success in the flat races which were held by the National Horse Racing Club and the Lithuanian Jockey Club. The races were held in the racetracks of Palanga, Raseiniai, Anykščiai, Lazdijai and Vilnius as well as on the beach of Palanga. From 43 races in several seasons of racing, he won 15 races, placed second 17 times, placed third 8 times, and was placed fourth or unplaced just 4 times. This is an exemplary record.
Endurance racing: In 2006 Vikingas took 1st place in a 25 km endurance ride, and 2nd place in the 25 km competition for the Cup of Dreverna, Klaipėda district. In 2007, he took first place over 40km distance in Rudaičiai, Klaipėda district. 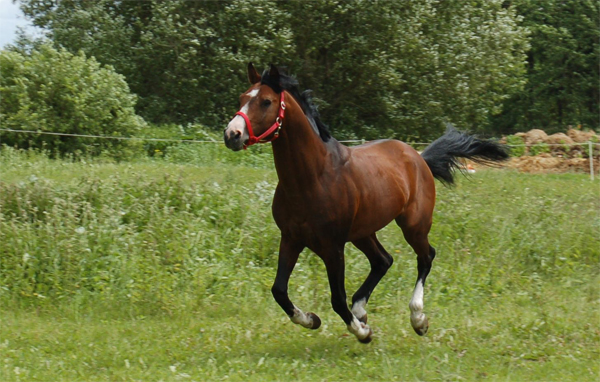 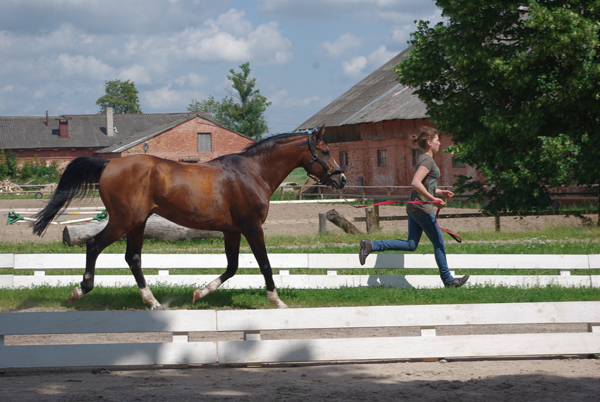