The Arab Horse Breeders Society of Namibia is pleased to announce the winner of their 2015 WAHO Trophy, Skai Toronto. For the first time since its inception, the Trophy has not been awarded to a endurance horse, but to a successful show and breeding stallion. 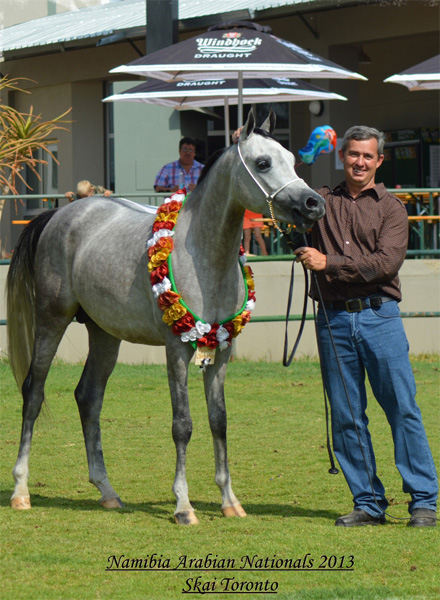 Skai Toronto was born at his owner’s farm, which is situated in the east of Namibia, 55 km from the Botswana border. His sire Abha Qebec, of predominantly Spanish lines, is from the world-famous Ses Planes Stud of Marieta Salas in Mallorca. His dam Armika Shania is of modern mixed bloodlines with famous names such Padrons Psyche and Bey Shah on her sire’s side and straight Egyptian lines on her dam’s side.

With excellent showring success in halter and liberty classes since he was a foal, once he was well started under saddle, Skai Toronto commenced his ridden show classes in 2015. His show successes to date include: 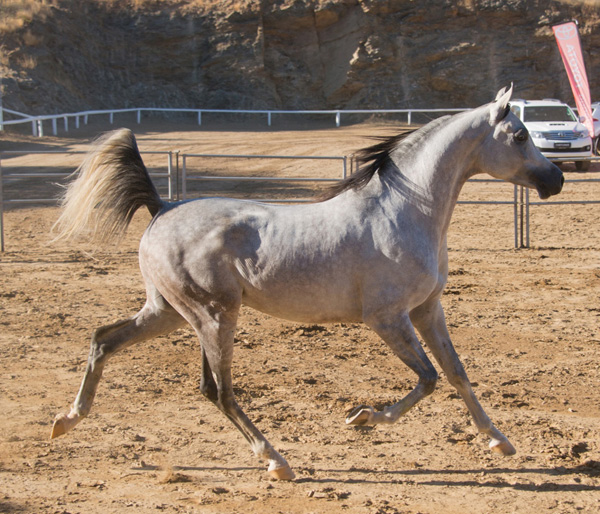 His breeder is delighted that his much loved Skai Toronto has been awarded this most coveted honour and is very proud to have such an outstanding stallion with an exceptionally kind temperament, it is hoped he has a continuing bright future ahead of him.