The 2022 WAHO Trophy has been awarded to the 20 year old  chestnut mare Sena for her contribution to Arabian horse breeding in Lithuania. 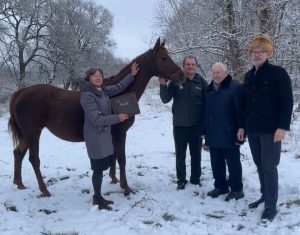 Despite her age and many foals, Sena has a lot of energy and a lively temperament, and is sensitive. She is a granddaughter of excellent sires Magdan, who is a grandson of famous sires Arax and Aswan, and Prizrak (Kankan / Ptashka), who was three times the race champion. Also, the name of an excellent dam Mammona (Ofir / Krucica) is common in her pedigree. 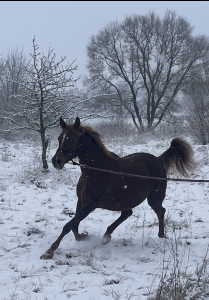