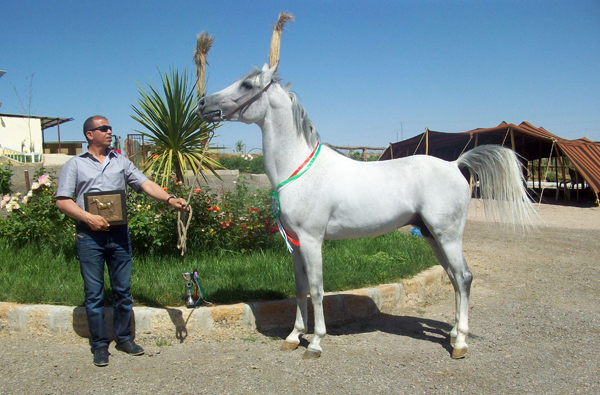 The eight-year old grey stallion Sakhi was awarded Algeria’s WAHO Trophy for the year 2014. This was in recognition of his winning the title of Senior Champion Stallion at the Algerian “Salon Du Cheval 2014” National Arabian Horse Show.