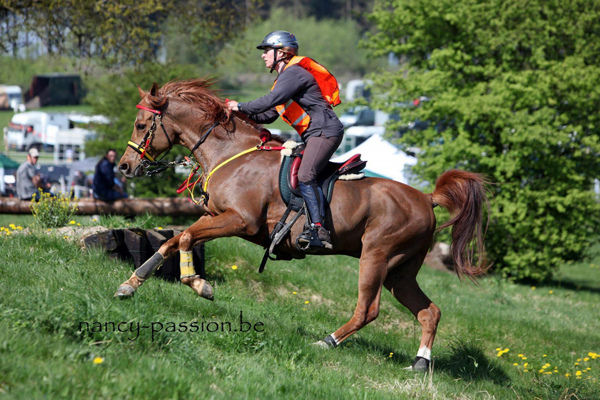 The Board of the Belgian Arabian Horse Registry (BAPS) has decided to award their 2015 WAHO Trophy to the extremely successful endurance gelding, Rukban Dikruhu MMN, in recognition of his extraordinary performances and distinguished career in national and international endurance competitions, in particular for the Belgian endurance team:

After these performances Mrs. Jaumotte was persuaded, with reluctance, to sell ‘Rukban’ to Sheikh Mohammed bin Rashid Al Maktoum, with the promise that her much loved horse would be returned to her at the end his endurance career for the United Arab Emirates. Between 2009 and 2013, when Sheikh Mohammed bin Rashid Al Maktoum was the owner, the horse continued to excel at endurance and achieved the following results in international endurance competitions – including a World Championship team gold medal for the UAE:

After the ride in Spain, Rukban Dikruhu MMN was retired from competition and returned, as had been promised, safe and sound to Rachel Jaumotte. Delighted to be back home, he now lives in well deserved and happy retirement, keeping fit by enjoying regular non competitive pleasure rides with his friend Rachel. 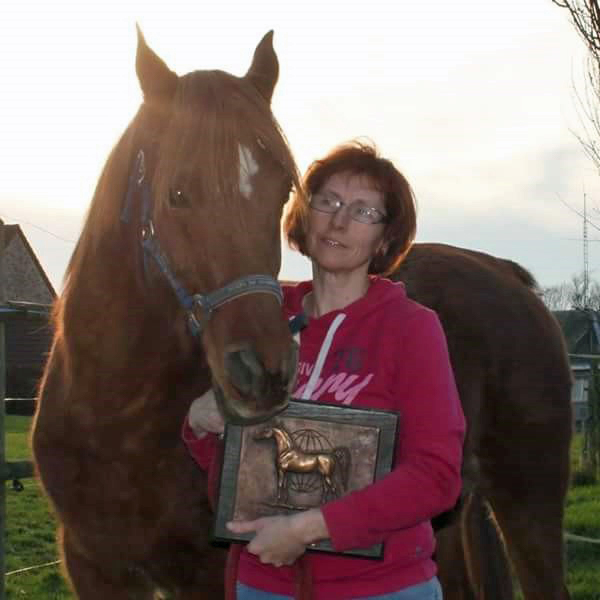 RUKBAN DIKRUHU MMN after he retired