The 2019 WAHO Trophy for Switzerland has been awarded to the exceptional mare Rubina X, in recognition of her stellar endurance career. Her pedigree is an interesting blend of mainly Straight Egyptian, with a touch of Polish and some old Babolna and German bloodlines. 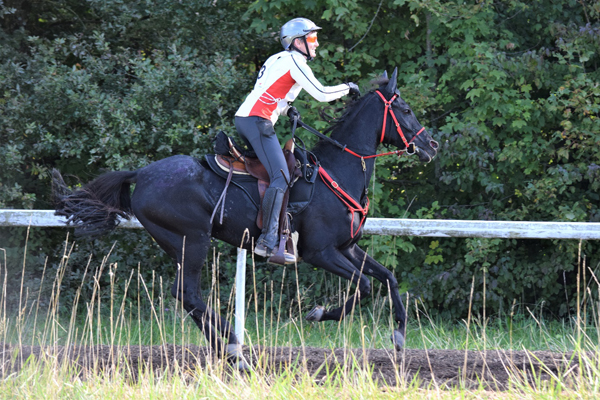 Citation by the owner, Annina Rohner-Cotti:

“Born in the Swiss mountain wilderness, close to the Swiss National Park on May 2001, my husband and I noticed this splendid black filly with the small, heart-shaped white sign on her forehead in summer 2003. We were not looking for a sports or show horse, just simply for a black mare with good conformation that would be nice to look at together with our beautiful white gelding Hanaya Ibn Imdal. Rubina (Shaolin/Vesuvia) was bred by Reto Hellrigl, Aua Naira Arabians.

At the age of 3 years, Rubina moved in with us and we started to train her according to the methods of natural horsemanship by Pat Parelli. Rubina was very people oriented and it was always a lot of fun to play with her “at liberty”, without a halter or a rope and soon she won several competitions in “Horse Agility”. Rubina is extremely sensitive, extroverted and has a really active character. As soon as she had a rider on her back and was allowed to run a bit faster or to jump over an obstacle, it was difficult to handle her temperament. So we (our daughter Lea Rohner and I, Annina Rohner-Cotti) had to be very careful not to overstrain this mare with her extremely strong will to perform. In 2005 we started with short endurance competitions and realised that Rubina was really good at this!

Over several years we slowly increased the distance of the endurance-competitions, so called EVG, from 30 to 90 kilometres and only after she filled her 10 years, I dared to participate in my and Rubinas first endurance-race, the “national endurance contest” CEN* in Fehraltorf. We won this race with an average speed of 18.01 km/h. In 2012, at the age of 11 years, Lea participated successfully in her and Rubina’s first international endurance competition CEI* in Germany. In the following years Lea and Rubina successfully finished several CEI** races (CEI** means races from 120 to 139 km whereas CEI* are from 80 to 119 km). 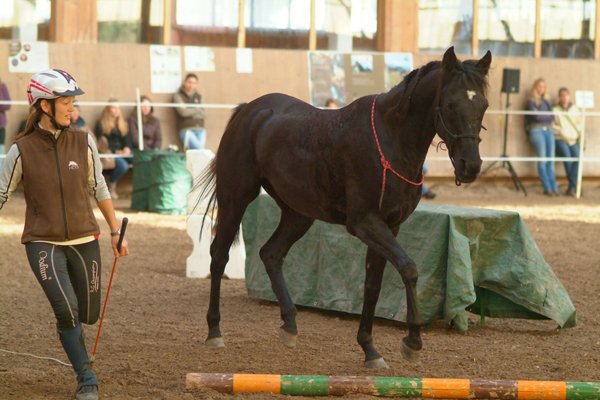 In her whole career as an endurance sports horse Rubina successfully achieved 2,500 kilometres in endurance competitions and only once she did drop out of a competition. The maximal average speed she reached in a race was at 18.81 km/h. Besides her medals she also won a “best condition” prize in a CEN* race in 2012.

Rubina also participated in several show jumping competitions and fulfilled the admission requirements for eventing competitions. Rubina had to stop with competitive racing due to an injury in 2017. We remain thankful for all the extraordinary and sometimes emotional experiences we went through together.”