The Dutch WAHO TROPHY 2011 is awarded to the very successful racehorse, Poulain Kossack, bred by the Kossack Stud and proudly trained and owned by Mr. Huub Otermans.

Poulain Kossack has an impressive racing record, starting as a 3-year old and staying sound and enthusiastic for his racing over the next years. From 14 races he has won 4, and been placed 9 times, taking nearly 60,000 euros in prize money during his career to date. His main successes include: 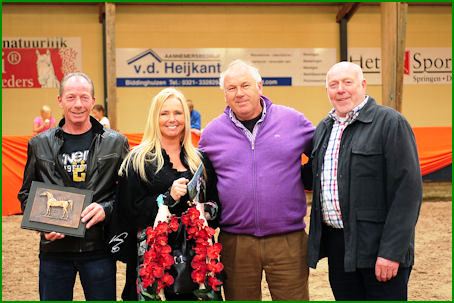 The WAHO Trophy was presented to the owner Mr. Huub Otermans by Mr. Bérend Blaak, President of the Dutch Society and member of the Dutch WAHO Trophy Award Committee. Also present was the breeder, Mr. Robbie den Hartog Jr. of the Kossack Stud. The presentation was made during the ECAHO Dutch National Championship Show 2011, Poulain Kossack himself was in training at the time of the presentation and could not appear at the ceremony. 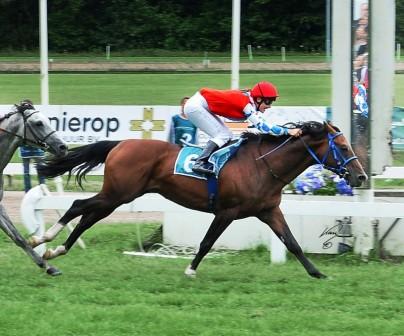