Poland has announced that their 2019 WAHO Trophy was awarded to the remarkable broodmare PĘTLA. She is 25 years old, and now retired from breeding, but she looks very well for her age. It was a great pleasure to be able to honour her during the 2019 Polish National Show in front of a large audience.

Pętla comes from the Pentoda branch of Janów Podlaski’s famous P-line established by Piewica, from which stem numerous show champions and superb athletes as well as past WAHO Trophy winners such as Pianissima, Pinga and Palmeta. 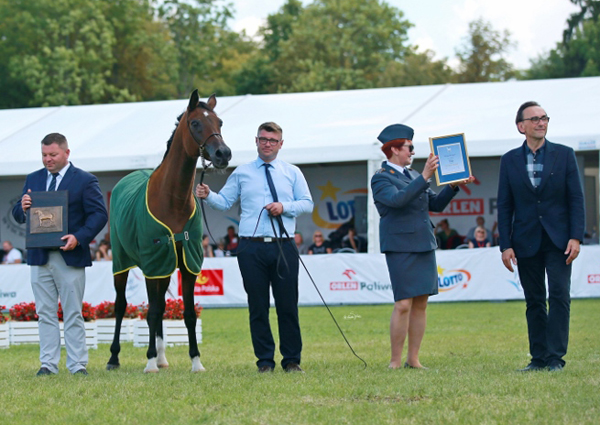 Pętla is the dam of 14 foals, which have excelled in various disciplines including shows, racing, show-jumping and other sports. A race winner herself, as many as 10 of Pętla’s produce won at least one race at the track: Pentagram (1999 stallion by Druid), Pedagog (2001 stallion by Pilot), Poligon (2000 stallion by Wachlarz), Pensar (2004 gelding by Pesal), Prado (2005 stallion by Ekstern), Persymona (2007 mare by Ekstern), Perla (2008 mare by Ganges), Pendragon (2012 stallion by Om El Bellissimo), Parsek (2014 stallion by Kahil Al Shaqab) and Penang (2015 stallion by Polon).

Her daughters have also been excellent broodmares. Her best daughter is undoubtedly the broodmare mare Pepina (2002, by Pilot ) who is herself the maternal grandam of the full brothers Perkun, (Junior Spring Show Yearling Top Five Stallion) and Peon (Prague InterCup & European Cup Junior Champion Stallion), both by Kahil Al Shaqab out of Penta by Ecaho).

With all her many successful descendants down through several generations, Pętla is certainly a very worthy winner of Poland’s 2019 WAHO Trophy. 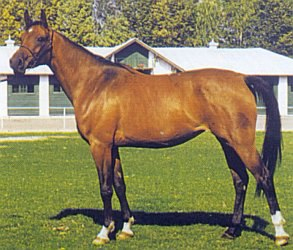