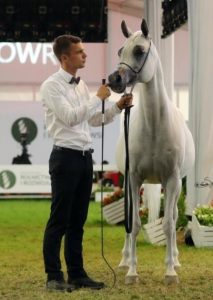 Poland has awarded their 2021 WAHO Trophy to the outstanding mare, Palanga.  She has had a stellar record in international shows since she was a yearling, and combined that with her duties as an exceptional dam of many foals, both when on lease to Knocke Arabians in Belgium and for her home stud in Poland, where she is one of their greatest treasures.  Her most recent show ring success at the age of 19 was at the 2021 Polish National Championship Show, where she took the Gold Champion Mare and Best in Show titles.  The WAHO Trophy awarded to her on that same day was truly the icing on the cake. 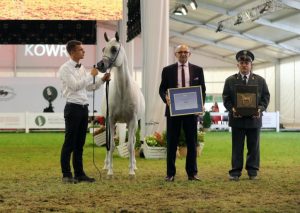