The Austrian Arab Horse Society has awarded their 2019 WAHO Trophy to the 14-year old stallion, Ojinegro Qahira. He was awarded the trophy in recognition of his achievements as the 2018 and 2019 Austrian Vice-Champion in Youth Eventing with his 14-year old rider. This is an open competition against other breeds for riders aged 13 to 16. The Trophy was presented in a special public ceremony at a major Show.
Of additional interest, Ojinegro Qahira is maternal half sibling to Austria’s 2012 WAHO Trophy winner, Valeroso Qahira. 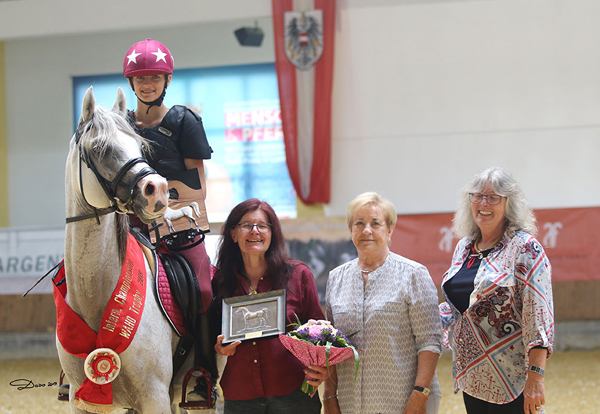 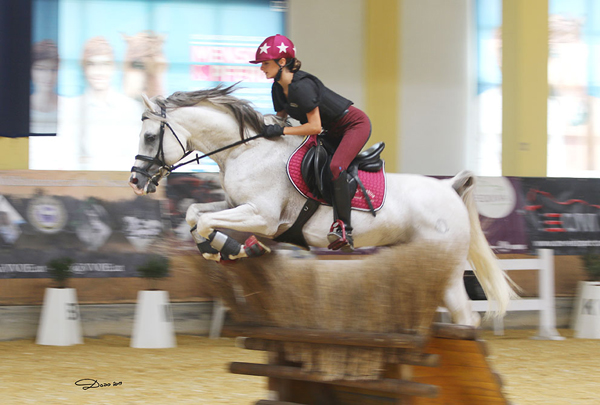 Ojinegro Qahira during the Trophy award presentation, where he showed his talent in show jumping.