In 2005 Nil Nouza was the highest scored horse at the Swiss National Show in Berne and was nominated by the SZAP (Schweizerische Zuchtgenossenschaft für Arabische Pferde) as “The best bred Arabian horse in Switzerland”. This title was given to her twice before, in 1995 and 1999. In 2005, at the same show, Nil Nouza’s daughter Nil Nana by Extreme reached the highest score among the one to three year old horses. 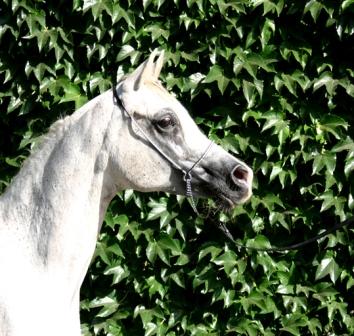