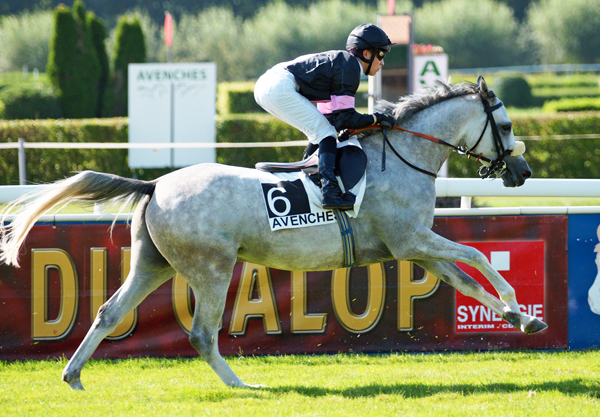 His exceptional race record to date comprises 7 wins and 11 places from 23 runs. His placings include three 2nd places, four 3rd places and he has been four times listed placed. He holds the track record at 1.44.71 over 1,600 metres at the Swiss racetrack in Avenches. He was the Swiss champion racehorse in 2012 and 2013.
His sire Nil Bedouin (Barour De Cardonne – Nil Tahani by Versal) was also the Swiss champion racehorse, in his case from 2003-2006 inclusive, and his dam Nil Abiat (Darike – Kadjouna de Nerak by Djourman) belongs to one of the most successful French racing female lines, tracking back to the Pompadour State Stud foundation mare Zenab, desert-bred and imported to France in 1880.