Mugadir is one of the most successful racing Arabians of his generation in Qatar. He was chosen as the recipient of the 2005 WAHO Trophy for his exceptional performance on the racetrack during the 2004 / 2005 season in Qatar, achieving the unusual distinction of being undefeated in all his 11 races and the winner of a total of QR 1,279,450. His wins include the major races such as HH The Emir’s Trophy; The Gulf Cup for Purebred Arabians bred in GCC countries; HH the Heir Apparent’s Sword; HH The Prime Minister’s Trophy and the Qatar Derby Cup. 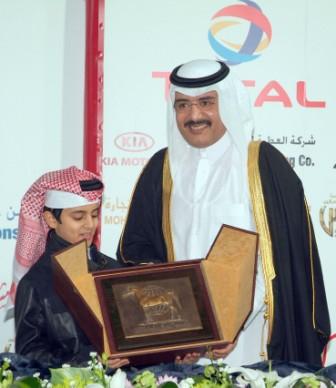 The 2005 WAHO Trophy was awarded at a special award ceremony on the occasion of the prestigious Prime Minister’s Cup and Sword Race Meeting on 6 January 2006. Mugadir is still in training and won the 2006 Prime Minister’s Cup race. The Trophy was presented by the Prime Minister of Qatar, HH Sheikh Abdulla bin Khalifa Al Thani, who is also the breeder of Mugadir, to the owner, his son Sheikh Tamim bin Abdulla Al Thani. The presentation was featured live on Qatar Television, and after the ceremony the General Manager of the Race & Equestrian Club gave an interview in which he spoke about the WAHO Trophy and the Arabian horse in general, to create more awareness of Arabian horses and of the activities of the Race & Equestrian Club. 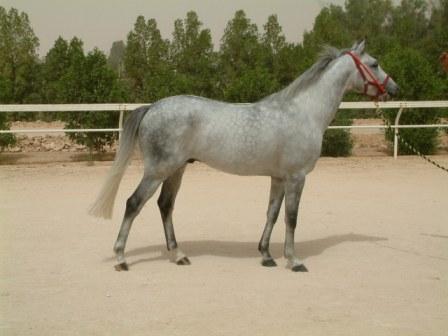