We are very sorry to inform you that on 28th March 2015 our dear friend and WAHO Executive Committee Member, Mrs. Izabella Pawelec-Zawadzka from Poland, passed away after a short illness. We express our deepest condolences to her family and many friends around the world, and especially to her husband Jerzy Zawadzki and her son, Ryszard. 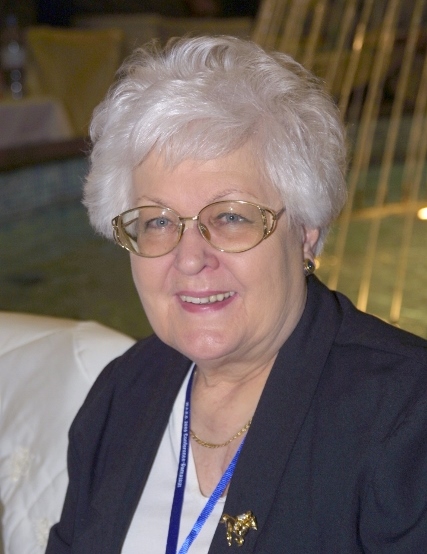 Born in 1937, Izabella inherited her lifelong passion for horses from her father, a former cavalry officer. She graduated with an MSc in Animal Science from Warsaw Agricultural University in the 1950’s and was taught to ride by some of the top Polish horsemen of the time, although her early ambitions to compete were put on hold when she was offered a job at Animex. After 4 years living in America with her husband and young son, she returned to Warsaw in 1972 to work in the Horse Breeding Department of Animex, and so her long association with the Arabian horses and State Studs of Poland began. Before long, Izabella was a highly respected and sought after international judge, something she thoroughly enjoyed for 35 years as she travelled all over the world, looking for the positive aspects in every horse she judged. After 25 years in the post of Breeding Inspector at the Polish State Administrative Boards of Horse Breeding, Izabella formally retired in 1998 but continued to work at the Polish Arabian Stud Book Registry Office as a Breeding Specialist and Consultant, seeing many changes over the years as the numbers of private breeders grew and flourished in the modern Poland. She was also co-organizer of the Polish National Show since 1979, and a well known figurehead at the famous annual Polish auctions. She was also President of the Polish Arabian Horse Owners and Breeders Association from its inception in 1997 until 2011, after which she was unanimously elected as the Honorary President. The tireless Izabella also founded the excellent Araby Magazine in Poland, continuing to work as the editor until the most recent issue, and in 2013, travelled to Las Vegas to be honoured with the Ambassadors Award from the Arabian Horse Breeders Alliance, a richly deserved tribute for her lifetime’s work.
A highly respected world authority on Arabian horse breeding, Izabella rose to senior positions in both ECAHO and WAHO, being involved with both from their foundation. In fact, since 1973 Izabella had accompanied Director Andrzej Krysztalowicz to the earliest WAHO meetings as his translator, and she attended nearly every WAHO Conference and WAHO Executive Committee ever since. 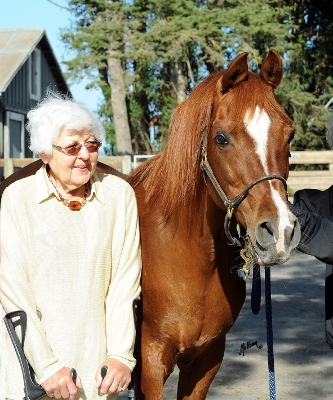 Izabella became a WAHO Executive Committee Member in her own right in 1984, a post she was to hold with pride, honour and integrity for the rest of her life. Diplomatic, intelligent, brave and kind, Izabella’s energy, enthusiasm and work ethic were without equal, despite ongoing health problems over the years. Her gifts of warmth, humanity and a positive attitude to life, meant that for all those of us lucky to know her and call her friend, her loss is all the more deeply felt. She is, quite simply, totally irreplaceable. For all you have done for the Arabian horse and for WAHO, dear Izabella, we salute you and we thank you. May you rest in peace.