The successful show colt Maher Al Sayed has been awarded the Kingdom of Saudi Arabia’s 2018 WAHO Trophy. The award is in recognition of his achievements in the international halter show ring in the Yearling Colt category. He was Bronze Champion at the PSAIAHF-KSA Show (Title Show) and again at the Sharjah Show (A-Show). He was Gold Champion at the Menton Show (A-Show) and Silver Champion at the All Nations Cup Show (Title Show).
The Trophy was presented at a public ceremony during the 2019 PSAIAHF-KSA Show to Maher Al Sayed and his owner/breeder, Mr. Khalid Saeed Abdullah Al Sayed, by Dr. Abdul Ganiy Y.M. Al Fadhl, Director General of the King Abdul Aziz Arabian Horse Centre. 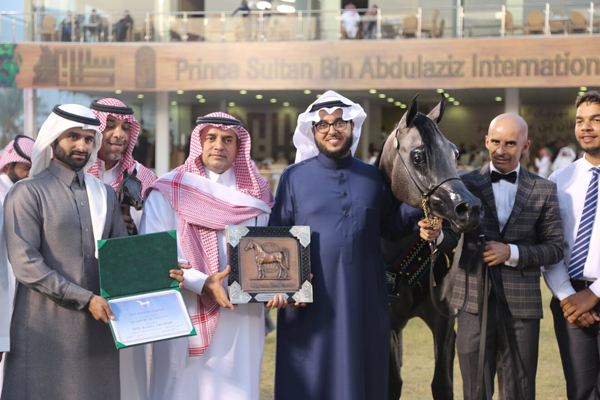