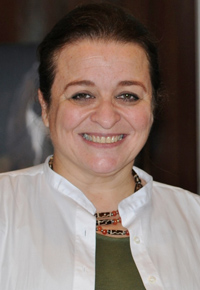 My love for horses goes back to my childhood when my involvement with purebred Arabians began with frequent visits to the family stables and riding together ‘en famille’.

In 1973 my father gave me the honour and responsibility of ownership of these precious creatures, with the preservation of the purebred lines in our homeland as our objective. In 1980 Jordan became a full member of WAHO and the Royal Stables became The National Stud and the Registering Authority for purebred Arab horses in Jordan.
I have been closely involved with the stud books since that time.

I attended my first WAHO Conference in Calgary in 1982. My involvement with equestrian activities increased when I became President of the Royal Jordanian Equestrian Federation, a position which I still occupy. The purebred Arabian is involved in showing and endurance riding as well as show jumping in Jordan, and the Federation organizes several of these events including the international Middle East Championships Show, and the Wadi Rum Endurance Ride in some of the most spectacular scenery in Jordan, which are respectively an ECAHO title show and an FEI international 120 Km ride.

I am on the Honorary Committee of the Spanish Riding School of Vienna. I have been an ECAHO A list judge for many years and was President of the ECAHO Show Commission from 2011 to 2015. I have been a Life Individual Member of WAHO since1981, and joined the WAHO Executive Committee in November 2014.

Preserving and perpetuating our domestic sire and dam lines is still my great interest and concern, as is the well being of the Arabian horse – and indeed of all beings. Sadly the horse generally and the Arabian in particular are exploited whether in sports events, shows or even as breeding animals and while it is a seemingly impossible task, working towards changing this trend in the interests of their welfare is something which I feel passionately about.