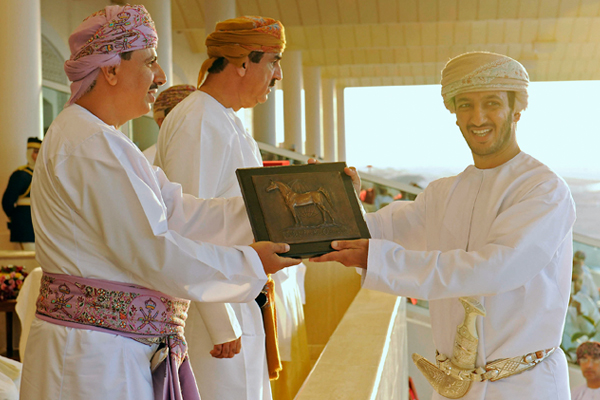 Hatteen Muscat has been awarded The Sultanate of Oman’s 2013 WAHO Trophy in recognition of this young stallion’s excellent achievements in the 2012-2013 racing season. From 6 starts, he won 5 races in succession during the period February 7th to April 3rd 2013. The Trophy was presented to the owner at a special ceremony.