The Namibian Arab Horse Breeders Society is pleased to announce they have awarded their 2016 WAHO Trophy to the gelding Gülilah Nahgalit. It is worth noting that his grand-dam, the outstanding broodmare Gülilah Güleh Güleh, was Namibia’s first WAHO Trophy winner in 2005. Sired by Nabilah Nahd and out of Gülilah Galisa, he was bred by Mrs. Helga Aschenborn and Fritzi & Gisela Uijs, the product of several generations of their breeding programme. 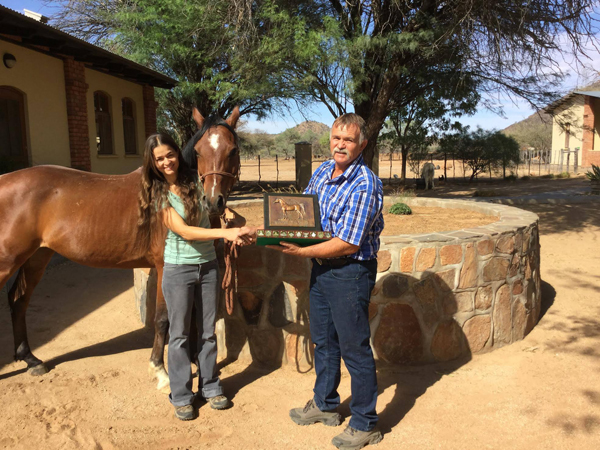 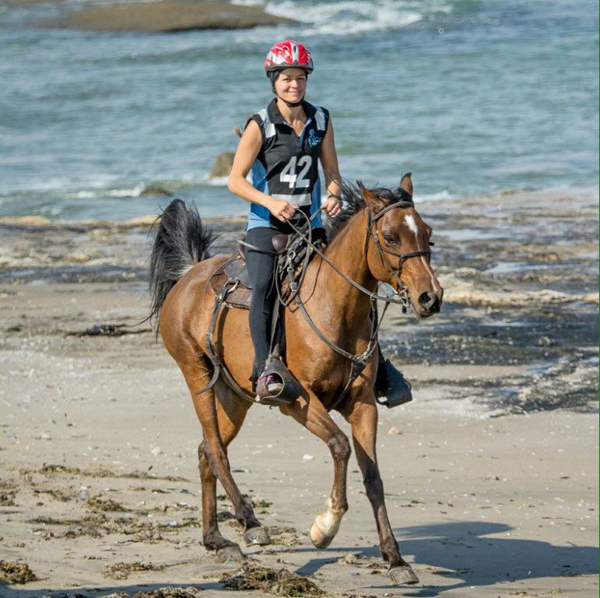 This year we felt that he was ready, and rode him in the 120km division at Walvis Bay. This ride is truly one of the most gruelling rides in the world and a big challenge for any horse, and even more so if its your horse’s first 120km of his career. His achievements at Walvis Bay for the African Endurance Championships on the 24th August 2016 were:
• 122km – 3rd – Standard weight – Bronze medal.
• Trophy for Best Conditioned Horse in Standard weight.
• Trophy for the Best of Best (best horse out of all the Best Conditioned horses of all categories).

He amazed us with his achievements – he was 3rd in the standard weight division less than a minute behind the first two horses. In my eyes an even bigger achievement was not only winning the best conditioned horse trophy, but also the “Best of Best” trophy. We are extremely proud of him. Thank you for awarding him with the honour: WAHO TROPHY WINNER 2016