The New Zealand Arab Horse Breeders Society has announced that the winner of their 2015 WAHO Trophy is Cyprus Al Thaqib, a 15.3hh Purebred Arabian gelding by Joda Aloof (AU) out of Cyprus Alii Esperance, bred by Penny Buckthought of Cyprus Arabians. This citation is by his owner, Liana Mikaera.

“Chaos” deserves this trophy not because he has won a showing or endurance national championship, because he hasn’t and probably never will, because that is not my passion. Chaos deserves this trophy because he is versatile and is changing the way people perceive the Arabian breed. People who thought I was nuts, buying him for eventing and show jumping, are completely taken aback by his talent. He has had many top coaches comment on his ability and potential to be a great horse. 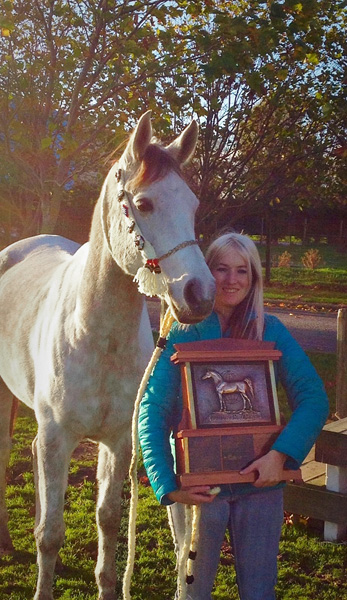 I purchased Chaos when he was 18 months old and I was 17 years old. I have produced him myself and am very proud of all we have achieved so far. Chaos was shown in hand as a two and three year old and won many Champion and Reserve Champion ribbons at shows like Feilding and Manawatu A&P’s in the Arabian section and also local riding club events.

When he was 4 years old I started Chaos myself, he was the first and easiest horse I have ever broken in. I showed him under saddle as a four year old and at his first two shows he received Reserve Champion and at his third he was Champion and best mount suitable for a beginner, this was just a couple months after being broken in. He then continued in leaps and bounds, winning his first ever show hunter round with the judges commenting that he would make a top show hunter horse. He was selected a few months later as the reserve for the Manawatu Team to compete at North Island Show Hunter Championships.

My passion is for show jumping and eventing so we didn’t continue down the show hunter path, instead he excelled at show jumping and eventing as a 5 year old placing 2nd in his second ever one day event at Pre-training Level then moving up to Training Level and placing there as well. Chaos placed in nearly every show jumping event he entered up to 1.10m and also placed in all the dressage competitions he was entered in. He represented Feilding Pony Club on numerous occasions winning in games like bending, flag race, barrel race, mug race and also helping bring home the best team jumping trophy.

This last year Chaos has had show jumping wins and placings up to 1.25m, schooling 1.45m at home. Placings up to Pre-Novice Level eventing, schooling 1* and 2* level. He has had placings in Level 2 dressage, schooling higher level movements like half pass, shoulder in, leg yield. For a 7 year old Arabian horse, or 7 year old at all, this is a huge achievement over a variety of disciplines in a short time and as a team we will only continue to improve and promote the Arabian breed further. In addition he does liberty work, can bow and shake hands and do bare back bridle-less dressage and jumping. 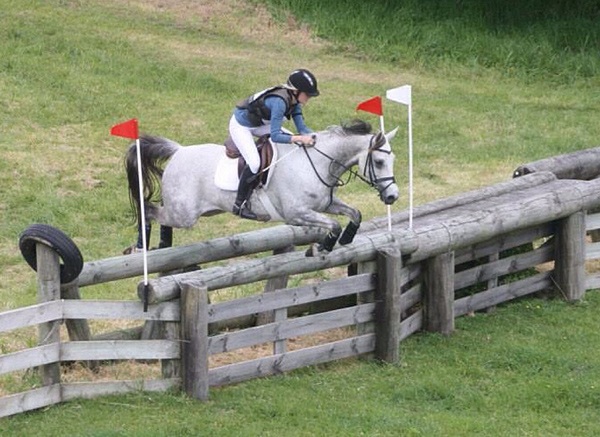 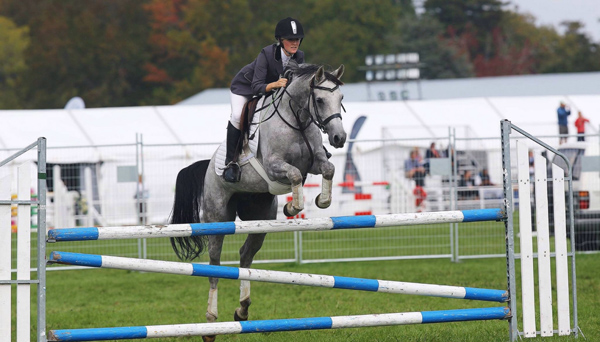 Chaos’ biggest achievement to date was at the 2014 Horse of the Year Show. We took him there for the experience in a big atmosphere and were not expecting to come home with any ribbons. He was double clear in both 1.15m show jumping rounds, putting in the first double clear in one class and placing 6th out of 140 competitors, this for a 6 year old Arabian gelding that was never bred for jumping, is a huge achievement. He was also probably the only horse there to fall asleep waiting to go into the show jumping arena showing his incredible easy going nature.

Chaos was recently placed 4th in the 1.10m class at Central Districts show jumping out of a huge class of 96. The next weekend at Feilding A&P show he won his first ever round-the-ring jumping competition. The following week we had the vet out because although he achieved great results he hadn’t been feeling 100%. After a vet and farrier visit he was diagnosed with laminitis. Luckily we caught it in time and after a month of careful monitoring he came right. It just goes to show how much he didn’t want to let me down and kept jumping even though he was in pain.

Chaos is truly a one in a million horse and a great ambassador for the Arabian breed. He has captured the hearts of many people who normally are not particularly fans of-Arabians and has quite a following on Facebook. He is awesome.