The Dansk Selskab for Arabisk Hesteavl (DSAH) have awarded their 2005 WAHO Trophy to one of the best endurance horses in the country. Con-Tikki and his owner, Sonja Van Willingen, have taken part successfully in this tough athletic discipline not just at home, but have also flown the flag for Denmark as they competed all over the world

Con-Tikki, who is of mainly old English bloodlines with a dash of Egyptian through his dam’s sire, has completed over 5,000 kilometres in 16 seasons of top level competition in endurance. His titles include four Danish National Championships from 10 efforts in this event, and he has won gold, silver and bronze medals for the Danish National team. He has been on the Danish National Team since 1993, participating in the World Championships 3 times and the European Championships twice. He is still fit and well the age of 21. 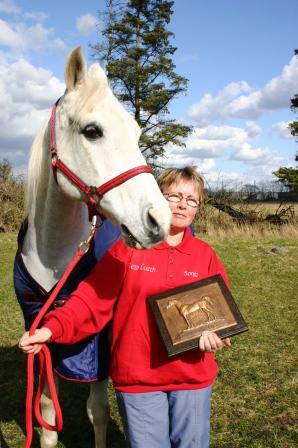