Bosas is the winner of many Lithuanian stockbreeding exhibitions and an excellent jumping horse. He has had a great input in improving the Arabian breed in Lithuania, as well as Trakheners and the local Lithuanian breed, the Zemaitukai. His appearance and conformation has been highly evaluated by specialists and by the audience who have seen him at the shows. Bosas is well known to many Lithuanian horse breeders, as are his offspring which are very saleable not only in Lithuania, but also abroad. His son Abatas (out of Alka) is the best sire of the breed in Lithuania.

The WAHO Trophy was awarded to Bosas by the Minister of Agriculture of the Republic of Lithuania, Mrs. Kazimiera Danute Prunskiene, on the stage for the animal show during the annual international exhibition “Agro Balt 2005”. The other official representatives attending the award ceremony were the Secretary of the Minister of Agriculture Mr. Vytautas Grusauskas; the Head of the Animal Breeding Supervision Service Mr. Kestutis Juozas Saikevicius, and the Chairman of the Chamber of Agriculture Mr. Bronius Markauskas. The Trophy was handed to Mr. Stasys Svetlauskas, Director of Vilnius Stud Farm and senior Lithuanian delegate for many years to the WAHO General Assemblies. After the ceremony, horse breeders arranged a remarkable horse show accompanied by loud applause of the participants. 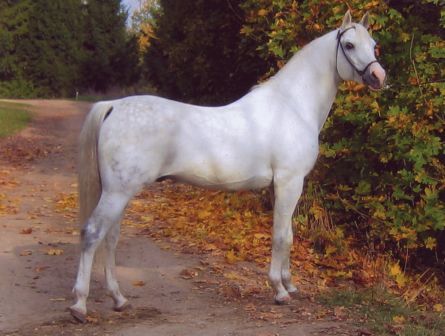 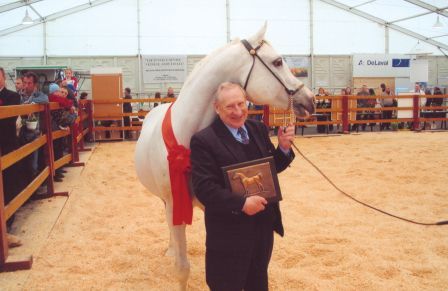 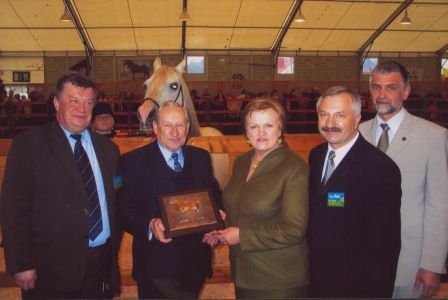