The Kazakh Arabian Horse Association has awarded their 2017 WAHO Trophy to the lovely young mare, Beretta. 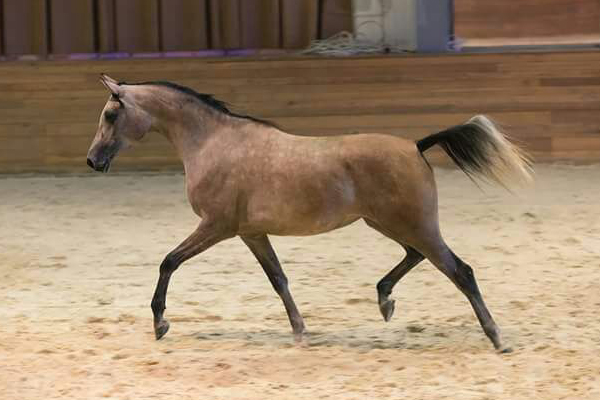 Her sire Kair (Adres/Koldunia) was bred at Tersk Stud in Russia, he was an outstanding racehorse, winning 16 of his 21 races at Moscow and Pystigorsk hippodromes. Thanks to his expressive phentoype and beautiful movement, Kair also succesfully participates in show programmes. In 2004 he was Liberty Champion at the Russian National Arabian Championsips. In Kazakhstan in 2017 he was Senior Champion Stallion at the second International Horse Show of Arabian horses “KAZEQUI-2017”.

Beretta herself was the winner of the Junior Mares section (for 1 to 3 year olds) at the International Horse Show of Arabian horses “KAZEQUI-2017”.