The Iraq Arabian Horse Organization, IAHO, is pleased to announced they have selected the winner of their 2015 WAHO Trophy. 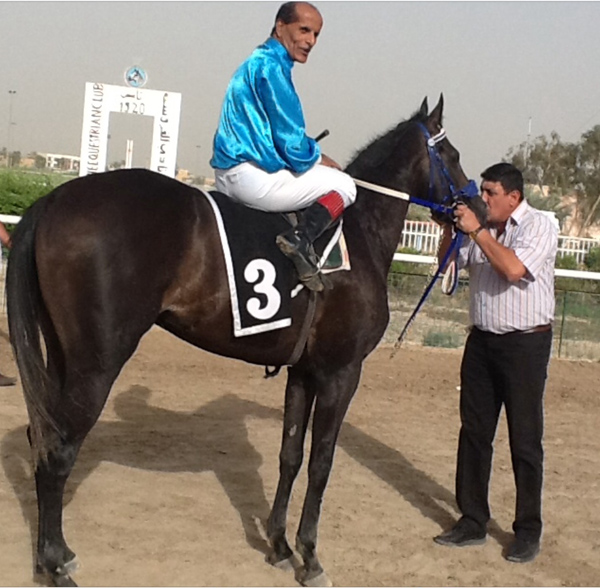 Al Ekleel (his name means Crown in Arabic) was the top race horse in Iraq for 2015 with fantastic achievements in racing. His record as a 3 year old, during the 2015 season, is outstanding, with 9 wins and 2 second places from 11 starts. Three of his wins were in Group One races over different distances, namely the Derby (2400 m), the Farewell Cup (2200m) and the Shiekh Abdul Aziz Al-Nujaifi Trophy (2000m) and he also took second place in the Group 1 2,000 Guineas (2,000 m).
Al Ekleel is from the noble Kuhailan Ajuz strain and comes from one of the best female lines for racing in Iraq, which has produced many successful racehorses both at home and abroad. His dam Kawakib Al-Thania did not race herself, but his grand-dam Mahboubat Zaidan was a top class race mare during the 1970s in Iraq and went on to be a very influential broodmare. Al Ekleel’s pedigree also includes Russian, French and British bloodlines.