At the Dutch National Championship 2019 the WAHO Trophy was awarded to the Elite mare Valeta ‘F’. Valeta has a classic Russian/Polish pedigree and comes from a family of great broodmares. Her grand-dam Veranda was imported from Russia and covered by Abakan, also from Russia, to produce Valeta’s dam Veronia. Her sire Almonito is by the Tersk-bred Monitor (Nimroz/Matritsa) out of the Janów Podlaski bred Aldara (Probat/Arra). 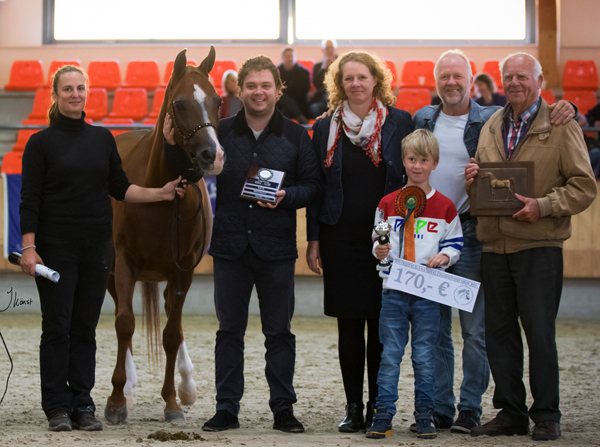 Valeta is a mare with a strong deep body, strong legs and excellent movement, with a beautiful type that has earned her past successes in the show ring, which she passes on to her offspring.

Valeta is cared for and ridden by 2 girls of 7 years. Her character is great but she can certainly be naughty. She has had 13 foals between 2007 and 2019, four of which have been exported. Valeta’s offspring do very well in show, breeding and sport, in particular she has two offspring excelling in dressage. Her son Valentin is being prepared for the sport with his half-brother in tandem-driving . Her daughter Vermilion excels in In Hand Trail.

Valeta passes on her willingness to work. Her children cannot be fooled, which can sometimes be a disadvantage during shows. Despite that, they have a huge list of winnings to their name. Because of this, Valeta has been registered by her owner for the Elite predicate. 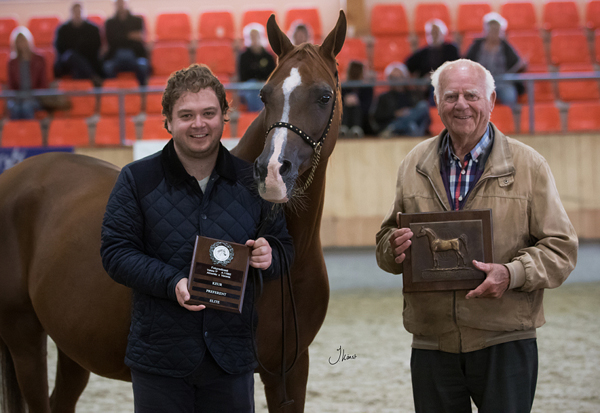